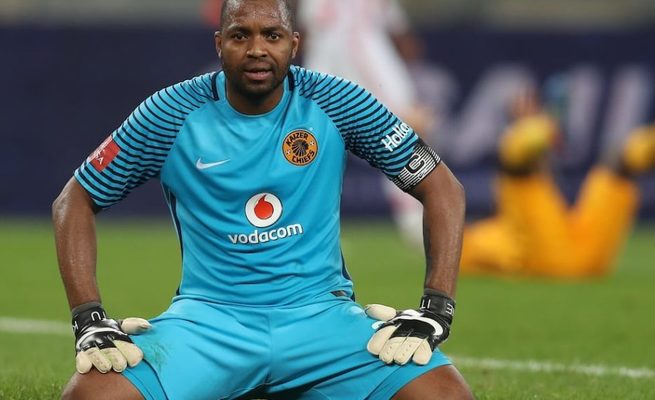 A video of Itumeleng Khune appearing to be intoxicated has been leaked on social media.

The video shows the Kaizer Chiefs and Bafana Bafana goal keeper and his friends leaving a club and are heard saying, “we are going to swipe all of these bars” with Khune waving around his bank card.

The video caused a stir on Twitter with some people supporting the athlete saying that he is allowed to have fun while others criticized Khune, claiming that this would ruin his reputation and calling the video embarrassing.


It seems as though Kaizer Chiefs is taking a lot of blows this year. After Khune incurred an injury in December last year, the club’s Coach, Ernst Middendorp confirmed that the goalkeeper would be sidelined for the rest of the season.

After much trouble of trying to get a comment from Khune and to no avail DRUM got ahold of Kaizer Chief’s spokesperson Vino Maphosa, who, responded to the news by saying that they had not gotten to it yet.

In response to one of his fans on Twitter who warned Khune about fake friends, Khune seemed unnerved and assured the fan that he would “not fall”.

I won’t fall my friend 😉