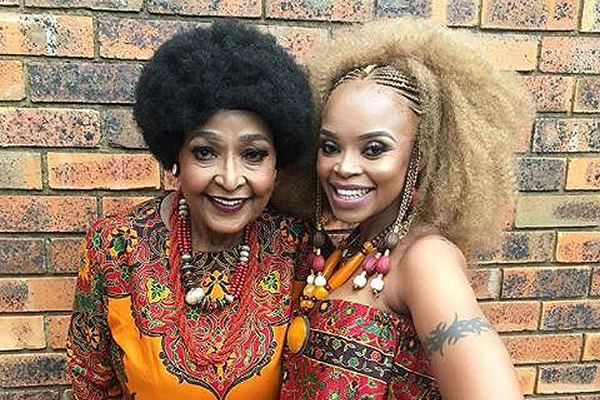 Zoleka Mandela has revealed that she had another cancer scare earlier this year when she discovered two lumps in her left armpit.

Zoleka, who has beaten cancer several times before, also gave birth to her baby girl Zinzile last month. She shared on her Instagram that just a couple weeks before she gave birth to her fifth child, she found lumps while doing a breast self-exam.

Luckily for Zoleka, a breast ultrasound performed by her radiologist revealed that both masses were non-cancerous.

Zoleka explained that she was told that the masses were a result of her breasts preparing themselves to breastfeed.

She said even though had a bilateral mastectomy/double mastectomy (removal of breast tissue matter from both breasts) 7 years ago, her breast still went through a preparation process.

Zoleka said that after her fourth pregnancy, there was an increased risk of recurrence that was never addressed.

"I was previously diagnosed with an estrogen-positive breast cancer, the added estrogen in pregnancy is known to accelerate the rate at which breast cancer cells grow. Having previously (unexpectedly) conceived my 4th child whilst on Tamoxifen, a hormone therapy used to prevent the disease, the increased risks of recurrence (the disease coming back again) remained."

However, forever the optimist, Zoleka expressed her gratitude for life.

"Having conceived naturally after my first diagnosis in 2012 and after my second diagnosis in 2016, I am yet again lucky and blessed to have survived this disease that continues to rob the lives of many women due to delays in detection and treatment, and due to fear and poverty."