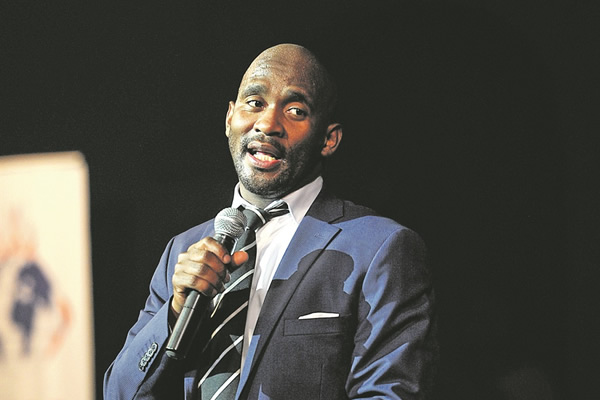 South Africa's most popular and loved motivational speaker and Pastor, Sthembiso Zondo has come to be mostly associated with all things drama and controversy. If it's not a nudity scandal then it's bound to be something else.

Loyal listeners of Mzansi's leading radio station, Ukhozi FM were overjoyed when it was announced that Pastor Zondo was set to make a come back on Dudu Khoza's mid morning show, Jabula Ujule. However it seems the buzz is simmering down as recent reports have stated that he pulled a disappearing act.

Isolezwe newspaper reported that Pastor Zondo had certain minor issues that are allegedly keeping him from executing his duties on Ukhozi FM. The much loved Pastor was last heard on radio in February 2019, therefore his sudden silence has raised eyebrows amongst listeners as they haven't heard him speak since the month of March commenced.

Upon calling those closest to Sthembiso Zondo, Isolezwe spoke to his manager, who actually didn't disclose much information except for that, Pastor Zondo is currently in talks with the station's management and he is alive and well. He continued to add that: "As management we have been receiving various concerns about Pastor Zondo but everything is going according to plan."

An authority from the SABC, Neo Momodu was also contacted for more clarity on the matter, she then said the following: "The SABC has no contract with Pastor Zondo as he had only been granted a five minute slot to speak on a certain topic."

This isn't the first time that the much loved Pastor and Motivational Speaker has experienced drama on this radio station. A few years ago, he was hit by a nudity scandal, after an unidentified woman recorded and posted a video of him, in his home whilst pouncing around naked. This led to the powers that be to pull the plug on him as this particular scandal was deemed as distasteful for the station as a brand.

Hopefully these back to back meetings at the station will bare fruitful and desired results.