Television personality, Radio Host, Businesswoman and Philanthropist Bonang Matheba is now a proud owner of her very own Champagne DARLING!

The secret is out and Queen B won’t be happy about this one as she had set a release date for it!

Following the TV personality’s undescriptive Instagram post on Tuesday night, the B force took it upon themselves to investigate what could the all round entertainer be bringing to the table next.

Queen B might have really bought herself a vineyard seeing that she is now a proud champagne connoisseur and bringing us 'House of Bonang'!

Bonang describes it as her passion that has been in the making for years and we can reveal to you that the Queen will on the 18th of March be launching her very own Champagne (BNG) brought to you by House Of Bonang.

The B force can indulge in Bonangs MCC Brut and Rose range for just R400 available at Woolworths Food. 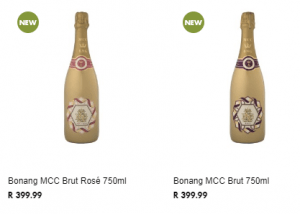