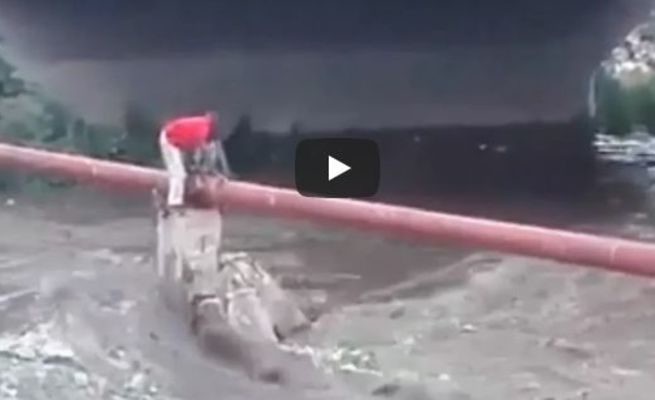 South Africans on social media are calling for a man who rescued a child from the Jukskei River to be hailed as a hero, with others calling for the City of Joburg to employ him as a firefighter.

In a video that has gone viral on social media, a man – whom some have named as Vincent Cosa – is seen walking from one side of a pipe that crosses the overflowing river to reach the distraught child sitting right in the middle of the pipe. The man grabs the child and, carrying him, slowly makes his way back to dry ground.

Onlookers are seen cheering as the man successfully rescues the child.

Alexandra police spokesperson Captain Stephen Malatji could not confirm when the video was taken but said it could have been taken on Friday when the area had experienced heavy rain.

"So far nothing has been reported to us officially and we don’t know the child or the man who saved the child but we are still trying to track them down," Malatji told TimesLIVE.

The Jukskei River is one of the biggest rivers in Johannesburg and in 2016, four-year-old Everlate Chauke was washed away from her father’s grip when he fell out of a tree they had climbed after the branch broke. Her body was found two weeks later on the banks on the river, following an intense rescue mission.