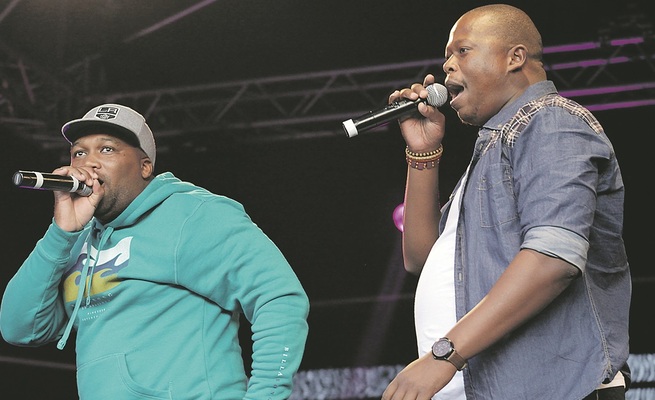 Since the story of Mampintsha and Babes Wodumo's video surfaced a lot of their friends and family have also been dragged into the situation.

For instance, DJ Tira was accused of being an enabler and not protecting Babes Wodumo from Mampintsha.

Babes Wodumo's family has also been questioned about her whereabouts when she did not pitch for a press briefing to address the matter a day after the video went viral.

Another individual who is seemingly being pulled into the discussion is Mampintsha's friend and member of Big Nuz – Danger.

According to Isolezwe – when Danger was asked about the current situation between Mampintsha and Babes Wodumo, he made it clear that he works with and loves them both dearly.

He further added that he would like to not add any further comments about this situation at the moment as he still wants to think it through thoroughly.

All Danger wants is to focus on his music and acting career.

If you're surprised that Danger has an acting career then which rock have you been living under?

Danger recently revealed that he would be acting on Mzansi Magic's latest telenovela titled – eHostela alongside other Durban artists such as the likes of L'vovo.

In terms of music, Danger is also pushing his single Versace which has received a positive reaction from his supporters and industry peers.

Danger has also mentioned that he has a state of the arts studio at home and that is where he spends most of his time.