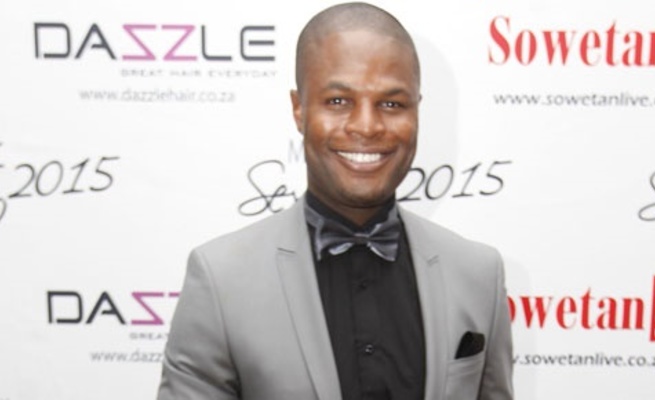 On Friday night after the official Saftas pre-party ended at 11pm, A-listers such as Thapelo Mokoena, Zolisa Xaluva and Warren Masemola continued with the party at the famous Revue Bar.

The fight broke out just before 2am in the club's designated smoking area. According to Tiger, he threw the first punch after Gumbi "manhandled" Lobese.

Several eyewitnesses told Sowetan that there was a nasty exchange of words between the trio before Gumbi lost his cool and slapped Lobese.

During the heated argument, Lobese had referred to Gumbi as a bitter ex and a has-been actor that has faded out of the spotlight since his character was killed off in Isibaya more than a year ago.

Tiger, who identified himself as openly gay, said he had never met Lobese before.

"He manhandled her. There is no woman that is going to be manhandled in my presence," Tiger said. "The guy slapped a woman. Was I supposed to sit back?"

Tiger was escorted by security out of the club with Gumbi's fedora hat in hand. A few minutes later, Lobese attempted to speak to a visibly upset Gumbi but he stormed out of the club and she chased after him.

"What if it was your sister and I'm a man, just letting it happen? I f***ed up his face. I'm out and he's left in there. Then the girl turned around and said I'm wrong," Tiger said.

The following day at the Saftas' main event, Gumbi and Lobese were spotted together and had a number of verbal fights in public.

Lobese later denied that Gumbi was her boyfriend.

Sowetan later learned that they were both staying in the same hotel room.

"He [Gumbi] got whipped bad. He has this Zulu thing about his manhood and stuff, it's annoying," Lobese said.

"He's not my boyfriend, but we had a thing and I work behind-the-scene. He's an actor and actors are trouble. Don't date an actor, my friend."

Sowetan contacted Gumbi for comment but his phone just rang.

His PR manager Lorraine Khumalo said: "We are not commenting on the matter. If there is something that needs to be said, he will release a statement to his fans."

Gumbi, who is set to star opposite Thando Thabethe and Lungile Radu in the new local film, Love Lives Here, was arrested in 2016 for allegedly assaulting his wife.