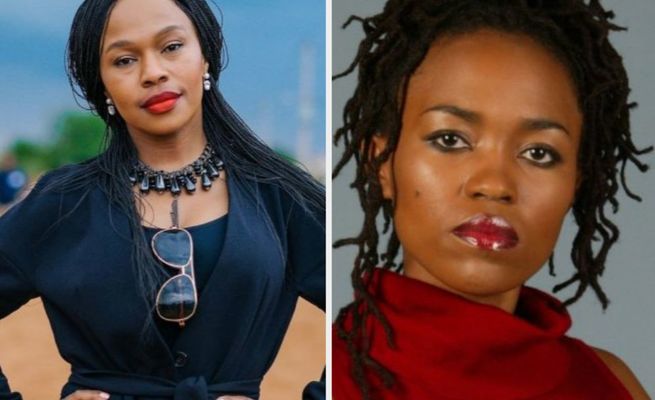 While the 13th annual SA Film and Television Awards (Saftas) were a snooze fest on TV, the real drama was backstage.

After winning Best Telenovela, the crew and cast of The River that includes Sindi Dlathu, Hlomla Dandala, Presley Chweneyagae and Linda Mtoba celebrated their 10 wins by breaking into song and dance.

They gathered for a group photo, but the moment was awkward as former cast member Moshidi Motshegwa snubbed them.

She had just minutes before won a Golden Horn for her much-loved character Malefu on the show.

Motshegwa tersely greeted the show's make-up artist, Bongi Mlotshwa and scriptwriter Percy Vilakazi on her way out. Sources close to the show told Sowetan that Motshegwa was let go from the show after butting heads with the writers and the cast.

Lockdown actress Lorcia Cooper and longtime friend Somizi Mhlongo shared tears of joy backstage after her big win that got the biggest standing ovation of the night. Cooper dropped a bombshell when she revealed that she was a married woman and is now Lorcia Khumalo.

She accepted her first-ever award with her daughter and stepson by her side. "It feels surreal. Having been in the industry for so long and winning this now … it's testament that you should never give up."

She also argued for better roles for coloured actors.