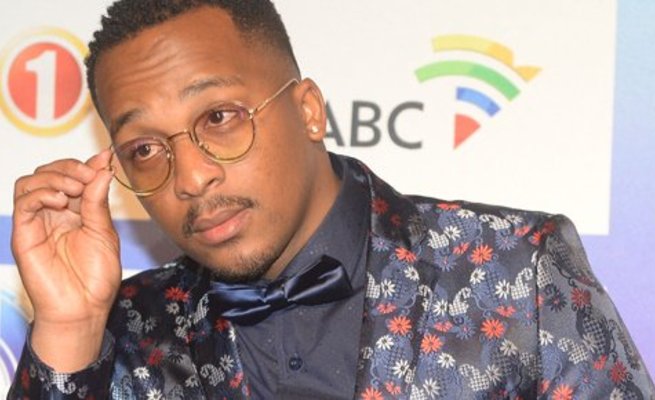 A picture of pretty boy actor, Ntokozo ‘TK’ Dlamini is circling the net and it has everyone wondering whether he has joined popular 1Magic telenovela, The River.

The actor posted a picture of himself looking suave in a blue fitted suit, almost the way in which Lawrence Maleka and Hlomla Dandala’s characters dress on the show.

But the real shocker is that the location of the picture looks almost identical to the Dlamini mansion on The River.

Of course, TK made sure that the picture was taken at such an angle that it is hard to tell whether or not it is the Dlamini mansion.

His caption didn’t give anything away either, simply reading: “Morning rush”.

However, fans of the show feel that they have decoded the image and that it is indeed the mansion from the show.

This would mean that TK has been spending time on the set of The River and since he would have no other reason to be there, all dressed up and wearing makeup, it can only mean that he was there for work.

“Can’t wait to see you on The River,” one fan commented while another asked: “What if he is Tumi Mokoena's (a character on the show) real father?”