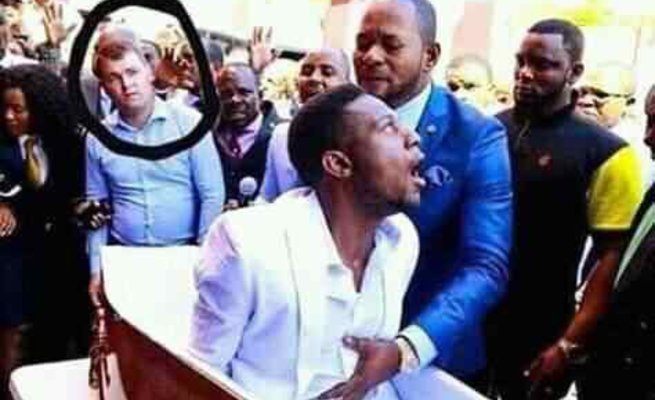 Several funeral parlours have distanced themselves from being involved in "raising a man from the dead" after several links to the incident involving Alph Lakau and Alleluia Ministries.

A video in which a man in a white suit in a coffin was being "raised from the dead" by Lakau went viral on social media. There are, however, several problems with the footage.

The Funeral Industry Reformed Association (Fira) says there are several obvious clues that show the man is not dead.

"Firstly, his mouth is open. The deceased have their mouths sewn shut by morticians," said spokesperson Johan Rosseau.

In the wake of the controversy around the footage, in which Alleluia Ministries has been accused of taking advantage of church-goers, the funeral parlour pictured in the video has also distanced itself from the incident.

"We did not sell a coffin to the church," said a spokesperson for Kings and Queens Funeral Service.

It said it offered funeral services, transport and funeral cover, but did not handle the body.

Rosseau has called out Kings and Queens, insisting that "it doesn't add up".

"You're providing transport of a body but have not seen the body? You are giving funeral cover but you don't have details of the deceased?"

Funeral company KingBlue told TimesLIVE it had sold a woman a coffin on Sunday. It could not provide any other information. A spokesperson said it did not handle the body, but "simply sold a coffin".

Black Phoenix Funeral Parlours told the SABC it also did not see the body and its mortuary had not been involved in the funeral.

Rousseau insisted that these incidents are allowed to happen because the funeral industry is not regulated in South Africa.