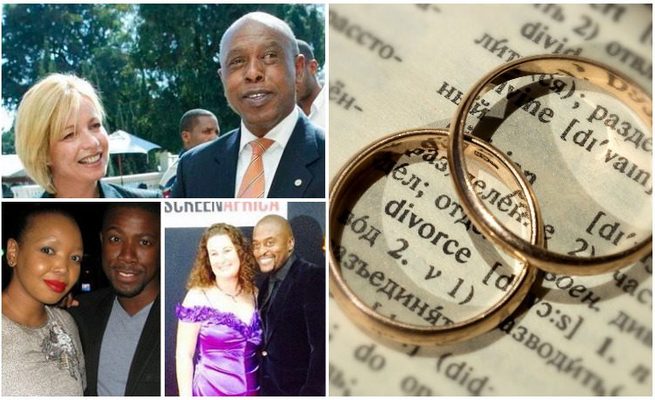 Divorce is difficult enough, and we would never wish the pain and hurt of “conscious uncoupling” on anyone. It should be a private affair, but sometimes celeb couples let their relationship drama play out in the public eye…

It’s never easy to predict how a celebrity divorce will pan out. Sometimes, a married couple will call it quits under amicable terms, and the split happens quietly, away from the tabloid drama and public scrutiny.

However, there are occasions when a marriage falls apart before our very eyes and the end result is an ugly, nasty, public divorce.

We were all stunned when Amber Heard & Johnny Depp called it quits, with Amber lodging abuse claims against Johnny. We’ll never forget the scandal behind Tiger Woods’s divorce from Elin Nordegren, and how about the disaster that was the Kim Kardashian and Kris Humphries marriage?!

SA celeb relationships are also under the spotlight. We love to celebrate their milestones – weddings, anniversaries, babies and career highlights. But unfortunately the limelight also shines on the bad times…

Mutodi Neshehe and Lesley
This divorce story has been playing out in public for the last few months and a resolution does not seem to be near. The former Muvhango actor claims his ex-wife is coming for “everything he has”.

Trevor Gumbi and Lucille
Trevor Gumbi’s divorce was preceded by months of public fighting, rumours of a love child and loads of reports about how Trevor had moved out of his family home.

After all the drama, Trevor turned the divorce into a money-making opportunity when he announced a comedy tour titled: Divorce.

Reason and Mosa
Reason and his wife of seven years, Mosa, called it quits away from the public eye, but things took a turn for the worse when people started accusing his new girlfriend, LootLove, of being the reason behind the rapper’s divorce (no pun intended).

Rumours of a new woman, a paternity scandal, cat-calling on Twitter. Even sisters and elders were involved… it was messy, but thankfully all parties managed to clear the air after a few months.

Claims of emotional and physical abuse had us concerned for Judy’s safety, while Tokyo Sexwale’s wealth was at the centre of it all.

If you believed the reports around the time (January 2013), Judy was allegedly demanding:

Lorna Maseko and Gcina Lukhele
Lorna Maseko’s divorce was a fairly private affair, but the manner in which we learned about the split was quite messy.

A drunk, troubled Lorna Maseko blurted out that she was “single and ready to mingle” while she was meant to be presenting at the You Spectacular Awards.

Since then, Lorna has revealed that she has no desire to get married again.