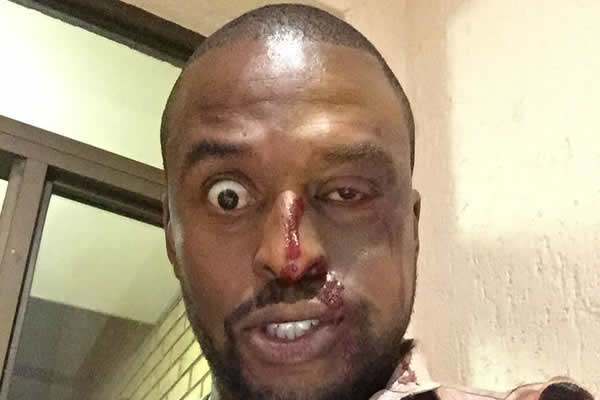 FORMER Muvhango actor Mutodi Neshehe breathed a sigh of relief after thugs, who allegedly broke into his car and stole his laptop, were nabbed by Brits police on Friday.

The three suspects had their wings clipped following similar incidences in the area. The 44-year-old soapie hunk opened a case of theft out of a motor vehicle at the Letlhabile cop shop, telling the men in blue that tsotsis had smashed his car window and helped themselves to the computer worth R30 000.

“I’m glad the suspects were caught, but it’s not like I’ll get my laptop back,” he said when the SunTeam solicited his comment.

Police close to the situation said cases of theft inside cars were becoming commonplace in the area, prompting the introduction of a task team with the aim to reduce such crimes.

"After setting numerous traps in the area, the suspects were caught red-handed breaking into a car. Upon probing, police were taken to what seems like a warehouse filled with stolen items,” said a source close to the case.

Police spokesperson Captain Nkona confirmed that police are still investigating a case of theft out of a motor vehicle.

“Suspects were apprehended, but I’m not at liberty to reveal their names. Investigations are continuing,” he said.