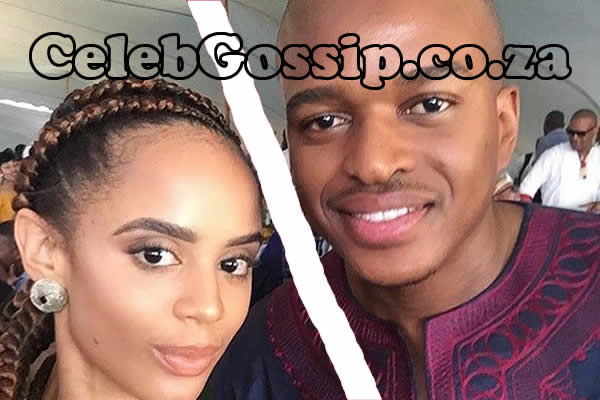 THERE’S an age-old adage that suggests looks can be deceiving, and that seems to be the case with Metro FM DJ, Quinton “Naked DJ” Masina.

Popular for dishing out relationship advice during his Ask A Man segment at the radio station, it seems his own marriage has exhausted that lifeline. This comes as his expertise has seemingly had zero effect on saving his own relationship from hitting the rocks.

Read Naledi Willers' short statement: "I wish to announce that Quinton Masina and I are no longer in a relationship. As it has been a public one to a certain degree, I feel it fitting to formally announce that we have ended things, permanently separated and are no longer staying together. I wish him well in his future endeavours and request that my privacy be respected during this time."

According to insiders, the couple had been going through marital problems since mid-last year. Insisted the insider: “They were sleeping in separate rooms.”

According to the mole, Naledi was even hospitalised in September for stress-related issues. Another source claimed the two had been arguing a lot because there was no longer trust between them.

A family member, who spoke on condition of anonymity, said he was worried about Naked DJ’s state of mind “because his wife has turned into a paranoid freak”.

Expressed the source: “He has a temper and has also changed. I don’t know what’s happening in that house.”

The source claimed Naledi’s family in Botswana was aware of the state of her marriage before her announcement. Insisted the source: “She’s very close to her mum and tells her everything.”

According to the source, the media-shy couple had a big fight last year after Naledi allegedly lied about her whereabouts. The source said Naledi, who co-owns an interior deco company with a friend, told Naked DJ they were going on a business trip in Polokwane.

“Instead, she was in Durban living it up,” the informant said. “She was shopping and sipping expensive champagne.”

The third mole said: “Neighbours are forever complaining because of the constant police presence during the odd hours of the night at their house.”

Naledi refused to comment on the issue. Naked DJ was not available for comment. He also failed to respond to our SMSes and WhatsApp messages.