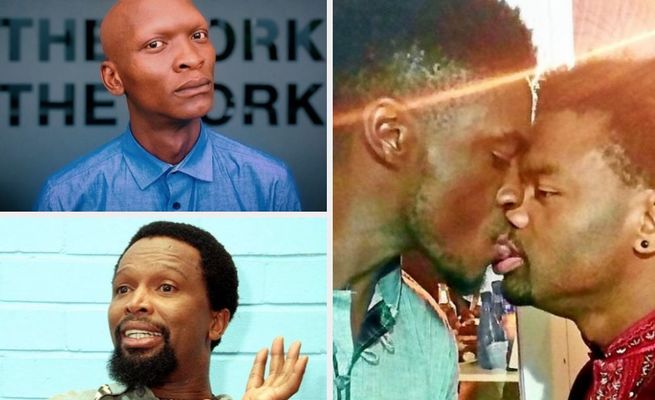 hen it comes to acting, versatility is key. No sane actor loves being typecast. This allows one to play any role that comes along. South African television viewers have warmed up to having gay characters on television dramas now. Quite a number of our seasoned actors play the role so well. Check out our top 5 below who play the gay character very well.

He is one of Mzansi’s most esteemed actors and can play any part. He is now killing his gay character on the popular telenovela, The Queen. Sello plays the role of Kgositsile, who is the brother of Harriet Khoza, played by renowned actress Connie Ferguson. This is his first time playing a gay character,and everyone loves him dearly.

No one kills the gay character like seasoned actor Warren Masemola. He is well known for his starring role as gay neighbor Thokozani “Thoko” Chanel – Phumi’s (Busi Lurayi) sidekick – in the SABC1 sitcom Ses’Top La. His versatility as an actor, being able to portray a thug in one thing and effortlessly shift gears to become gay in another, is astounding.

Television presenter and vlogger Moshe Ndiki has come a long way from his days of posting YouTube videos, and has ventured into acting. He is killing it on his new role as Prince on The Queen. Fans of The Queen cannot stop tweeting about him.

In 2007 he played the starring role of Hector in the controversial SABC1 mini-series After Nine. On Generations, he also played the role of a man who is married to a woman but is secretly attracted to men. Aaron is very comfortable with playing bisexual characters, and kills them while at it.

he Queen’s Schumacher is also a lovable character. Played by the talented Vuyo Ngcukana, the character moves between dating women and men. Schumi as he is affectionately called, adds vibe to the whole gay character thing, because he dates for money.