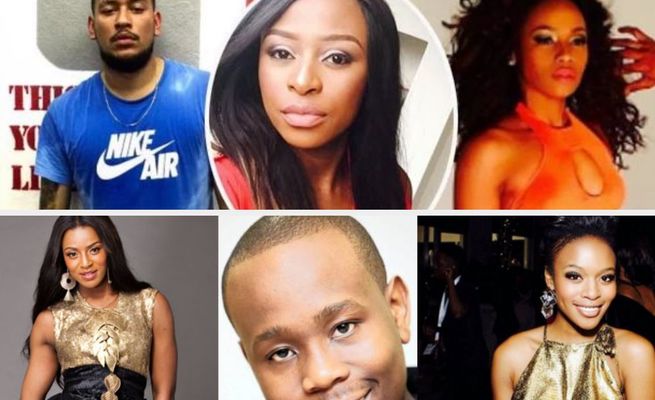 Nothing compares to the pain and betrayal of being cheated on by someone you loved and trusted.

Just ask Khloé Kardashian who has been cheated on a number of times by Tristan Thompson – most recently with a close family friend.

But it’s not only Hollywood celebs who have to deal with such cheating sagas.

Here in Mzansi, some of our most notable stars have been busted for cheating, causing a lot of hurt in the process.

Do you remember these hurtful cheating scandals?

Da Les was dragged by his baby mama, Aurea Alexander, after she accused him of sleeping with one of her closest friends, Missy Roberts.

Although Missy denied the claims, the accusations were brought to social media for the world to see.

The girl who cheated on Euphonik

Imagine being an up and coming DJ, only to have your girlfriend cheat on you with a “real” DJ.

That’s exactly what happened to Euphonik when he was still rising up the DJ ranks but he had the last laugh in the end – Euphonik is now one of the biggest DJs on the continent.

Even saints can be sinners and Khaya Mthethwa proved this way back in 2015 when he reportedly cheated on Nomzamo Mbatha with her own friend, Jessica Nkosi.

All parties have since moved on from the incident which made tabloid headlines this time four years ago.

After reading about Khaya Mthethwa, the notes for any of Nomzamo’s future boyfriends must have been pretty simple to follow: “Do not cheat on her!”

Unfortunately, Maps failed to follow the playbook. Reports in 2018 claimed that Nomzamo was devastated when she caught him cheating with Nadia Jaftha.

Luyanda Potwana came clean about his cheating ways in 2015 after causing his fiancé a world of pain.

The presenter was also famously starring in a show where it was his job to fix people’s relationships and help them recover from infidelity.

If only he had taken his own advice…

The rapper was caught cheating on his then-pregnant-girlfriend, DJ Zinhle with one of her good friends, Bonang Matheba.

If you believe rumours, he then cheated on Bonang before Bonang cheated on him, before he returned to DJ Zinhle.

AKA: I abandoned my entire family only to get cheated on. That’s Karma. 💔❤️