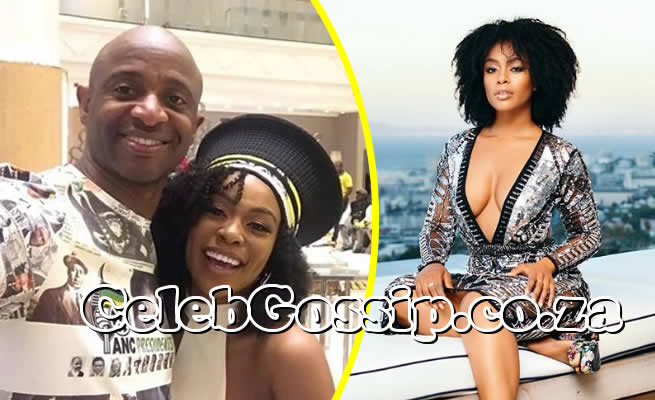 I OPPOSE ABUSE OF ANY KIND

MEDIA personality, Nomzamo Mbatha, recently became the newest goodwill ambassador for the United Nations High Commissioner for Refugees (UNHCR). This announcement comes after the actress was attacked for taking a picture with kwaito star, Arthur Mafokate, who is alleged to have physically assaulted his former lover, Cici. Some people questioned how much of an activist Nomzamo is when she was on the cover of a monthly magazine celebrating women activists late last year. She has proven her critics wrong.

Even though the Isibaya actress did address those who were questioning her status as an activist when she appeared in that magazine cover, what poured more fuel to the fire about her activism was when she posed for a picture with Arthur. She was seen as a hypocrite and not a real activist. Nomzamo later apologised for taking the picture with Arthur, citing that she was walking past him when he whipped out his phone for a picture and she obliged ‘absent mindedly’. “I’m sorry I wasn’t present enough to say f**k off, no thanks,” she tweeted after being called out for it.

She later released a statement apologising. “The picture was taken at a time when my guard was low. I should have exercised better judgement. I apologise, unreservedly, for that and want to reassure the public and my supporters that I firmly oppose abuse of any kind.”

NOT DOING IT FOR MONEY

A social media user accused Nomzamo of being an activist for the money. The star made it clear that she is not being paid for helping refugees in East African countries. “I’m saddened at your unfounded and completely untrue statement. I do not get paid to advocate and show up for the causes I believe in,” she said. Just a few days after that social media storm, UNHCR, a global organisation dedicated to saving lives and protecting the rights of refugees, announced her as their newest goodwill ambassador. “It is an incredible honour. I can’t wait to embark on this journey, learn more and use my voice and to truly be an agent of change,” she told a UNHCR correspondent.

WHAT TRIGGERED HER ACTIVISM

Nomzamo’s cause to bring awareness about the displacement of many Africans was triggered by experiences around her here in South Africa. When she was a student at the University of Cape Town, she says she witnessed the mistreatment of African foreign students by their local counterparts.

“I was drawn to the cause mostly by seeing, daily, how African foreigners are received in our communities. Even with the freedom of movement they have in South Africa, the experience is not of enjoyment as they are still living in fear, isolation and ridicule. That narrative needs to change,” she sternly said.

Her manager, Pumza Nohashe, promised that Nomzamo, who was in Los Angeles, would respond to questions that were sent to her regarding her work. However, at the time of going to print we had not received any response.