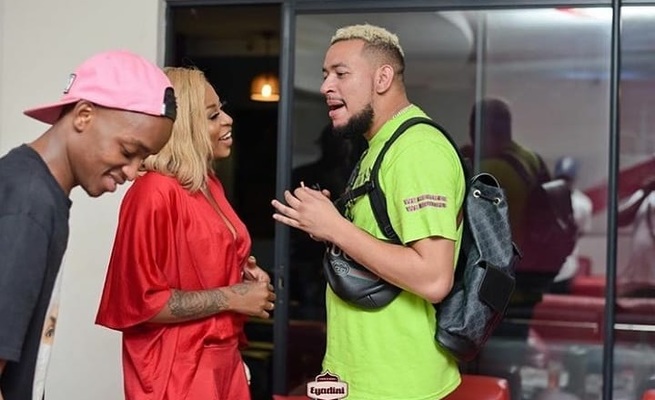 As AKA prepares to be ripped to shreds at his Comedy Central Roast tonight, the rapper tells TshisaLIVE he is not afraid of anything because of the peace and stability being reunited with his family has brought him.

AKA and his baby mama DJ Zinhle broke up in 2015 but several months ago sparked rumours of getting back together when they were spotted at a number of events getting cosy.

Although AKA has not officially confirmed that the pair are a couple again, he told TshisaLIVE that being reunited as a family has given him a new lease on life.

"I think that I am just a bit more calculated. I am in a happier place, on a personal level. I believe that my family has a lot to do with that, being together with my family again. It has given me stability and support. When you get that stability, it helps you focus on business and take better care of yourself. Also money! Making more money makes you happier," he said.

AKA said he was honoured to be part of a roast that he says will push his brand as a pop icon. He also revealed that the cheque he will be getting for the show will go to helping students.

Some of those students may end up in the industry, where the star says he was willing to help them where he can.

He said that in the debate about opening opportunities in the industry, he believed the industry was already open.

"The industry has always been open. I didn't know it was ever closed," he added with a shrug.