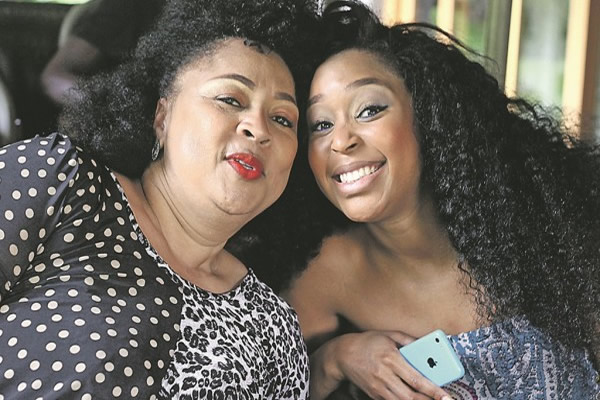 This was when one of her wedding caterers, Ntobeko Dludla, allegedly threatened to open a case for non-payment.

The spectacle was attended by the who’s who in Mzansi, followed by a mini documentary that was sold to a pay channel.

According to insiders, Minnie and her mum had been giving Ntobeko the runaround since last year.

Said an informant: "Eventually, she became gatvol. Minnie and Queen think everyone is jealous that she’s married to the Jones family."

Family sources alleged Queen told Ntobeko to voetsek when she asked for her money.

But in a twist of events, Ntobeko this week confirmed that Minnie had paid the money on Wednesday morning.

This was after she had threatened to go to police.

Insisted Ntobeko: "I guess Minnie’s mum informed her daughter, who decided to pay on her behalf. That woman is rude and thinks we’re jealous of Minnie’s success."

An insider said: "We suspect Minnie gave her mum money to settle all the bills. She might have forgotten about Ntobeko."

Queen confirmed the outstanding balance, but insisted she thought there was a discount.

I was under the impression that there is a discount

She said: "Nontobeko initially told us we weren’t going to pay for the tasting, on which we both agreed. I was surprised when I received text messages from her demanding a balance and threats of opening a case."