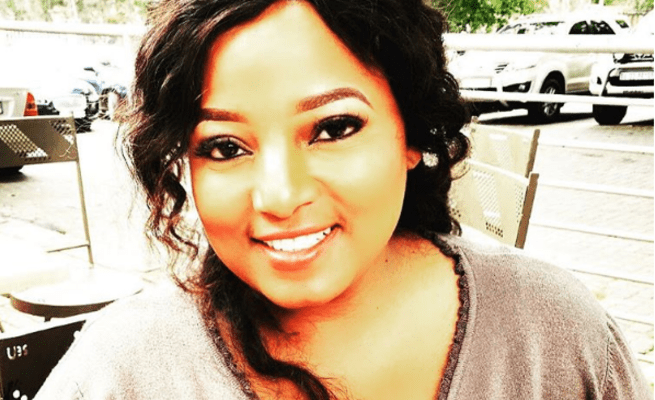 Living with HIV takes a lot of bravery. Living with the virus is not easy, especially when living among the Mzansi celebrities, life is always in the spotlight. In the world we live in, HIV related stigma is still very high, which results to the fear of disclosure and unknown re-infections from carriers. We need to remember that some of these people are victims of the negligence of doctors who carry out transfusions without testing their blood. On the other hand, others get the virus from birth and other inevitable circumstances.

The former midfielder for Roses United was diagnosed with HIV in 2013. While speaking at an event for AIDS awareness in Pretoria in 2016, Thabang who has had the virus for close to 5 years now revealed his HIV status and that stated that his reason for disclosing the sensitive information was also to encourage fellow players to do the same. According to the retired football player who is now 38 years old, many of his colleagues carry the virus but are afraid to disclose this, and the management also would not want them to do so. He revealed that people still bullied him through texts even after his retirement following his public declaration. The celebrity during his revelation advocated for safe sexual relations by using protection.

Justice Edwin revealed his status to the world in 1999. He contracted the virus in the 1980s, more than ten years before his shocking revelation. The brutal murder of the AIDS activist Gugu Dlamini, following her disclosure on live radio that she was living with the virus, was his motivation to go public. His diagnosis was followed by periods of isolation and depression which he eventually overcame. The judge has been active in fighting for gay rights and the rights of those infected with the deadly virus. Justice Cameron has contributed positively to the fight against stigmatization of those living with the disease. He helped to draft the chapter regarding the rights of those carrying the virus, co-founded the AIDS consortium, and was the founder of the AIDS law project. All these he achieved while serving as a lawyer for human rights at the University of Witwatersrand.

The South African film director and activist on behalf of the people infected with HIV/AIDS was born in 1962. He announced his HIV-positive status in 1998. The courageous activist is known for his refusal to be on ARV’S until the South African government availed them to all vulnerable citizens in South Africa. This move to skive AIDS drugs created massive awareness and Zackie succeeded in his bid to bring down the prices of these drugs. For his work and contributions, he won several awards such as the Nelson Mandela Award for Health and Human Rights.

Gary Allpass is one of the longest HIV survivors, having hit the 26th year mark. Living with HIV has not been without its fair share of hurdles for him, such as the much publicized ‘HIV firing case’ that saw him fired by his then employer upon learning about his HIV status. Gary, however, won the case and was given an equivalent of a year’s wages as compensation. The horse riding instructor tested positive for the virus in 1992. Despite his condition, success in his career has been forthcoming, with him boasting of several awards, medals, and certificates from horse riding competitions. He advised those carrying the virus to take up counseling sessions and speak up to release the negative energy that causes depression and makes it hard to cope. He also encourages people with HIV to fight for their rights whenever they feel that people discriminate against them following their condition.

The following are the South African female celebrities living productive lives even after testing positive for HIV.

Phindile was born with the virus but did not know about this until she was 19 years old. Her parents died before the availability of HIV treatment, and she contracted the disease at the time as there were no definite ways to prevent mother to child infections. She learned of the virus when she once fell ill and had a series of tests including the HIV test carried out on her. Phindile struggled to come to terms with the disease while at the university and even experienced a relationship breakup after disclosing her condition to her boyfriend whom she had dated for around two months. The breakup left her devastated and asking herself when precisely is the best time to disclose one’s HIV status when dating someone, while the doctors told her that there is no said time and that the decision is solely up to the person. Today, she owns a consulting company on HIV, and she is a member of AIDS consortium. She also participates in leadership forums for young Africans.

Musa, a successful businesswoman, motivational speaker, and famous gospel artist publicly declared her HIV status at a time when many would not have been caught dead even speaking about it. Musa Njoko has lived positively for years even though she was diagnosed with the virus when drugs and information about the illness were unavailable. The courageous singer has had those dreaded moments when the disease took a toll on her and she faced death twice, but she got back on her feet and bravely forged ahead. She has spent her life giving awareness in schools, fighting for those affected and infected by the virus, and has also developed training packages for the disease.

Social activist, TV and radio presenter, and motivational speaker Criselda Dudumashe has been living with the virus, and she believes in not taking the ARVs and terms them as "deadly". She says that HIV does not cause AIDS but living unhealthy lifestyle and having a compromised immune system does. Today, she is a phenomenal woman with many big titles under her name including a dynamic businesswoman, presenter, inspirational speaker, counselor, and author of educational books on HIV. She has also been lucky in love, having been married in 2015 to a successful businessman Siyolo Dudumashe whom she adores after walking out from an abusive relationship. The inspirational lady celebrated her 3rd anniversary and proved to the world that contracting HIV is not the end of a productive life. She is also a mother of three.

Saidy brown, the young actress, now 23, is among the Mzansi celebrities with HIV. She found out at the age of 14 that she was carrying the virus. She contracted the disease from her parents, who succumbed to the disease. Her dad died when she was nine and her mum following him a year later. She first came to know of her condition during an HIV testing that was performed at their school, and the results of which she received in shock and did not disclose the news to anyone until six months later when she broke the news to her aunt who revealed to her the status of her parents and where from she could have contracted the disease. She went on without treatment due to denial for the next two years and only started on medication when she was 16 after her body began to get weaker. The vocal Saidy Brown believes she was born for a purpose as she did not die earlier after birth as is the unfortunate case of many born with HIV. She is never shy about declaring her HIV status to those who she plans to date despite rejections due to her status.

Other Mzansi celebrities had HIV but who passed away from other causes, while others succumbed to the virus. We celebrate the likes of Zombo, Fana Khaba, Anneline Malebo, Gibson Kente, Lesego Motsepe, Koyo Bala, and Thabang Lebese who made their status public though we know that it is no obligation, as they were an encouragement to society and their positivity gave hope to those who look up to them to live positively with the virus. There could be way over 20 Mzansi celebrities with HIV, including those who have not dared to reveal it. Currently, there are over 7 million people who are living with the virus in South Africa. This calls for more prevention, care and tolerance of those affected and infected with the virus.