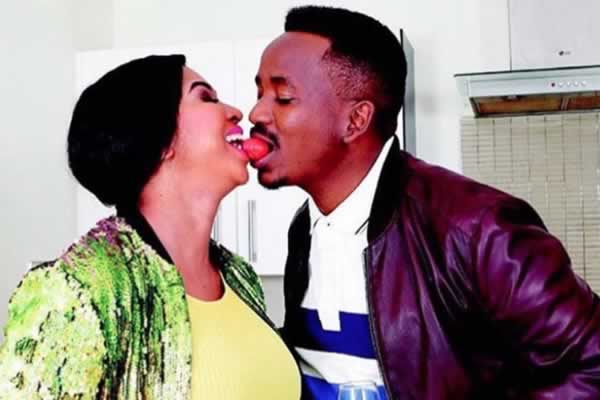 The pool had other ideas when Ayanda Ncwane decided to go for a swim. People usually worry about drowning or getting their hair cramped due to the water. But one hardly ever thinks about losing a piece of jewellery especially an expensive diamond ring such as Mrs Ncwane's.

Artist manager and author, Ayanda Ncwane took to her Instagram and relayed a short story about losing her wedding ring whilst swimming. Ayanda was married to the late gospel giant, Sfiso Ncwane, who died of kidney failure in December 2016.

The beautiful and God fearing Ayanda has playfully appealed to his late husband's legions of fans to buy her a new ring… diamond encrusted of course.

Part of the post reads:"I lost my wedding ring 💍, while I was swimming, so babNcwane’s fans are going to kill me because I’m their wife now 😂. So…. Ncwane’s supporters, do the things. Not something over the top…. just a smallernyana diamond."

Ayanda Ncwane has done remarkably well for herself and has worked tirelessly to preserve Sfiso's legacy. The year 2018 saw many of us witnessing the talented Ayanda cut her teeth in the world of literature as she launched her first book titled, .For The Love Of Sfiso Ncwane.

Speaking to iSolezwe, Ayanda said the following regarding the catalyst behind the book:“I want future generations to know there was a person called Sfiso Ncwane. I chose to write this book as I continue to pursue the dreams Sfiso and I had together. The book delves into all we faced in our lives and in our marriage,”

Ayanda also has a close relationship with her two beautiful sons and are often seen snapped together…#FamilyGoals Mawenza and Ngcweti Ncwane.

On the music front, Ayanda has continued to slay, as music lovers were introduced to all male gospel group, Abathandwa, as they also dominated the airwaves with their smash hit single, uMoya Wami.

The talented group are signed under Sfiso Ncwane's company, Ncwane Communications, which has always been spearheaded by Ayanda Ncwane.