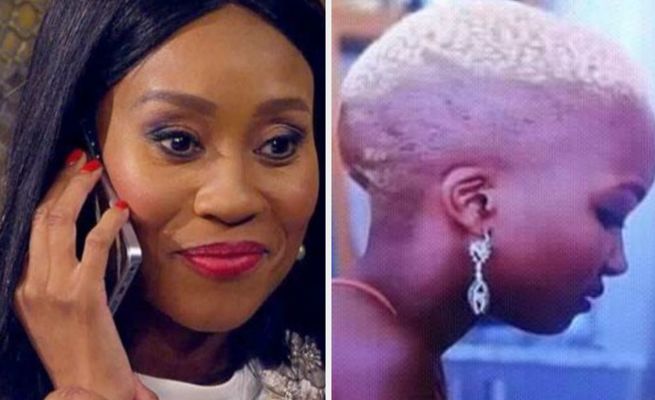 For some few days now Nomvelo Makhanya has endured being cyber bullied. Twitter had a field day mocking the actress for the shape of her head. She took to Insta stories with an emotional video on how all of this has affected her.

Her co-star Kgomotso Christopher is among those standing with Nomvelo. ” Unacceptable. We won’t tolerate bullying of fellow etv Scandal actors. I stand strongly on this,” the actress said.

Kgomotso also went on to talk about her own body shaming ordeal. She says years ago she endured being criticized for her small frame, and urged fans to discuss, their work and craft as opposed to other insignificant stuff.

Unacceptable. We won't tolerate bullying of fellow @etvScandal actors. I stand strongly on this. Having been criticized for my small frame years ago. "Talk about my work, my craft…the rest is insignificant." Strength & love to my beautiful, brilliant co-actor @_MveloMakhanya https://t.co/eA7hf1FOft