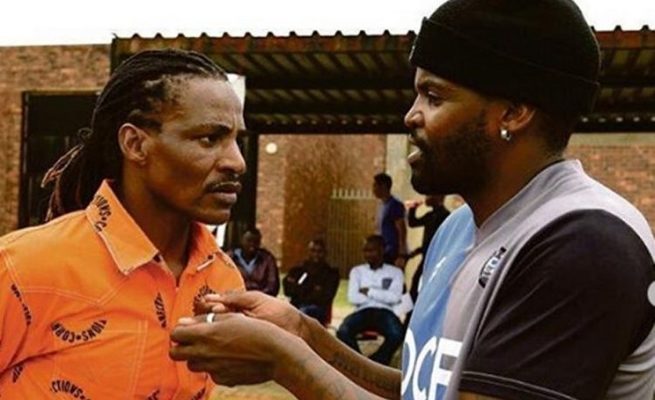 DJ Cleo has issued a public apology for offence caused by a post of him with convicted rapist Brickz, but believes that removing the post would mean he was "guilty".

Cleo came under fire on social media this week when he posted a series of pictures of himself with convicted rapist Brickz, which seemed to be sympathetic towards the disgraced kwaito star. Cleo tweeted that everyone had a race to run and Brickz had simply "fallen" while running his. He added that it was not yet over for his friend.

Boity, who was shocked by the comments slammed Cleo and sparked a heated social media showdown.

While Cleo's comments dramatically split social media, the DJ told Metro FM's Mo Flava and Masechaba he did not regret his comments.

"It was a metaphorical expression that I used. We know the crime, it has been publicised for four years. I don't need to spell it out and evoke more emotions in victims or friends of victims. I was merely minding my own business and tweeting to say that this is my brother and his life is not yet over. Prisons are places of rehabilitation. Would you not visit your own father if he was in prison? Your own mother? Brother? Friend?"

Cleo said he did not condone rape and as a father was disgusted by it. He apologised to anyone who may have been offended by the post but refused to remove it.

"It wouldn't change anything. That is why I didn't even delete my tweet. I stand by my words. I am sorry to anyone who may have been offended by the tweet. The intention was not to offend.

"There is no words in there that claim Brickz is a victim. No, that is a lie. To me, it was a positive tweet. The positivity around having seen him and our efforts going around to prisons."

While Cleo was addressing the firing squad, Boity was being dragged on social media by some who claimed she was "fake woke".

Cleo called for an end to the bullying.