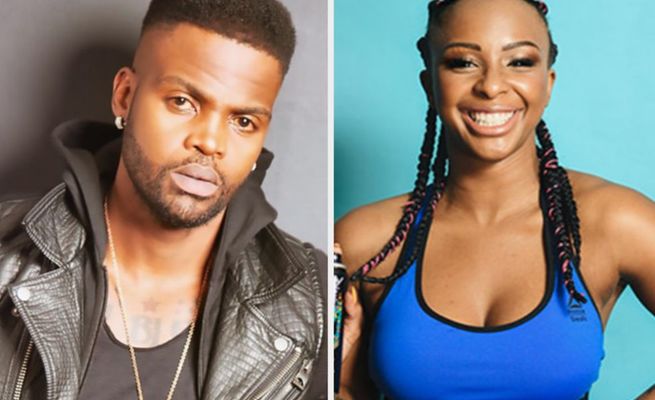 Boity Thulo has slammed DJ Cleo after the muso claimed that convicted rapist Sipho “Brickz” Ndlovu had “fallen along the way”.

Cleo recently reunited with Brickz at a sporting event held in prison by a non-profit organisation, Humanitarian Empowerment.

Reflecting on the experience, the DJ said that we all had to run our own race and the kwaito star had fallen during his. He added that the race was not yet over for Brickz.

His comments sparked outrage and debate from fans, who flooded social media with messages about Brickz.

But Boity was, perhaps, the most vocal, responding with shock to Cleo’s comments.

Soon her comments section was flooded with people defending Brickz.

She responded to the criticism with stinging clapbacks of her own.

To all the psychopaths in my mentions defending Cleo/Bricks, you can go jump off the highest cliff. Until some evil cunt rapes your little sister (or some1 u love) you will continue being a raggedy ass rape apologist because you don’t give a flying fuck about the victim!! Tsek! https://t.co/mt6TfVQ2We

Would this be the same response had he raped you or someone close to you? https://t.co/ABRddrnXfA

IF HE RAPED YOUR MOTHER, SISTER OR SOMEONE THAT YOU ACTUALLY CARE FOR, would you have the same energy & response to the situation?!l???!! https://t.co/NHk8tB9EmL

In fact, it got so heated that she mistepped and had to apologise for a comment she made to a follower during the debate.

Meanwhile, the war among social media users waged on over whether Cleo was cancelled or being a peacemaker.

So if my brother or any loved one murders or rapes one day then I must disown them? Isn’t Brickz serving his life sentence kanti?

Some of celebrities are performing in ANC events while ANC is stealing from poor but you still got a liver to Judge Dj Cleo 🤦🏽‍♂️Smh. Niphixi-phixi!!! pic.twitter.com/yMQJOEoHo9

South Africa is full of rapists waiting to manifest, it’s sickening how most men don’t see anything wrong with what DJ Cleo said, he can visit his friend but he shouldn’t portray him as a saint who was victimized.