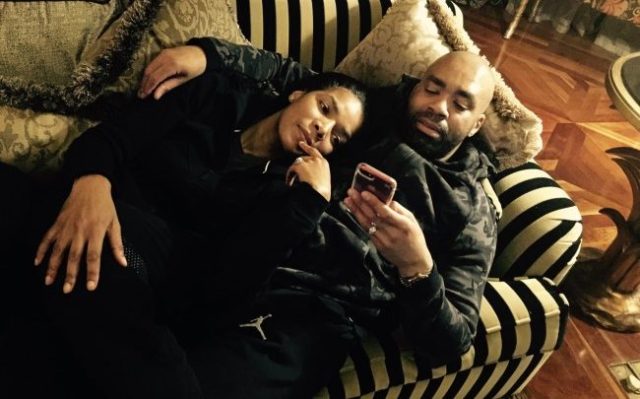 Love is in the air in February and nobody is more in love with her man than Connie Ferguson.

The Queen star has been married to fellow actor Connie Ferguson for 17 years.

Nearly two decades later and they are still madly in love.

Not only do the couple gush about each other on social media but they also spoil each other with fancy gifts like new cars and family trips abroad.

So, what is the secret to their happy marriage?

Well, Connie shared an interesting meme with her Instagram followers on Valentine’s Day that reveals all.

The meme, which was created by one of her fans, featured a picture of her lying on her husband’s chest while he is busy on his phone.

“If you can sit like this with your man while he is pressing his phone, say after me, ‘I’ve made it’,” the meme read.

“@ttmbha sent me this this morning! I guess I’ve made it! Happy Valentine’s Day my darling husband @ferguson_films ! I love the way you LOVE ME! It makes me LOVE YOU that much more!” she wrote on Instagram.

So there you have it ladies, if your man has no issue going through his phone while you are inches away, he’s a keeper!

@ttmbha sent me this this morning!😂 I guess I’ve made it!🙌🏾🙌🏾🙌🏾😬❤️ Happy Valentines Day my darling husband @ferguson_films ! I love the way you LOVE ME!😍 It makes me LOVE YOU that much more!😍😍😍❤️😘