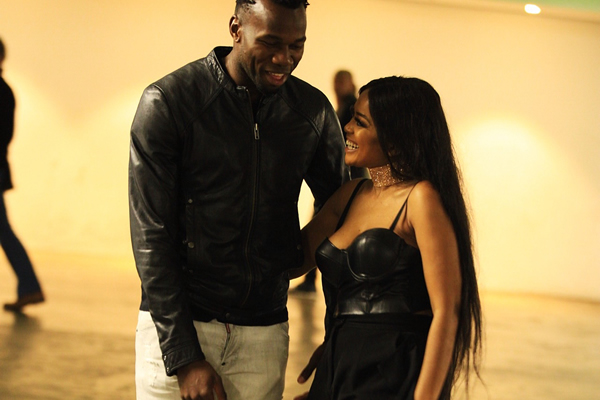 Radio and TV host Lerato Kganyago has finally found love and one lucky man will be feasting on the true yellow bone's punani.

This would certainly be refreshing for Lerato, who after experiencing a public break-up with ex fiance Katlego Mashego back in 2014, she’s finally off the market and feeling good about it. Lerato Kganyago gushes about her European boyfriend.

A few days ago, Lerato Kganyago posted a picture of her alleged new bae and center back for Bidvest Wits Bongani Sandile Khumalo and captioned it “Cup Cake”.


“I am seeing someone and he is living Europe. He is an amazing guy, and yes if he asks to marry me, I will gladly do so as he completes my world,” Lerato told Move mag.

Social media could not keep quiet and speculated whether this was the man she thanked at the South African Film and Television Awards when she won the Best TV presenter for TV show Live Amp. Well, whether he is the guy or not, here are a few things about him.

2. He was born in Manzini, Swaziland and grew up in Pretoria.

3. He was the third player born outside South Africa to play for Bafana Bafana.

4. Bongani started playing professional football in 2005 for AmaTuks. He played for Tottenham Hotspur from 2011 until 2015.

5. He returned to South Africa and played briefly for SuperSport United, and was later transferred to Bidvest Wits.

But then again, Lerato also posted a picture with Prince Kaybee, Naked DJ and Jason Derulo and no one suspected anything.