Home Celeb Gossip Celebrities Who Got Back Together With Their Exes After Cheating Or Nasty... 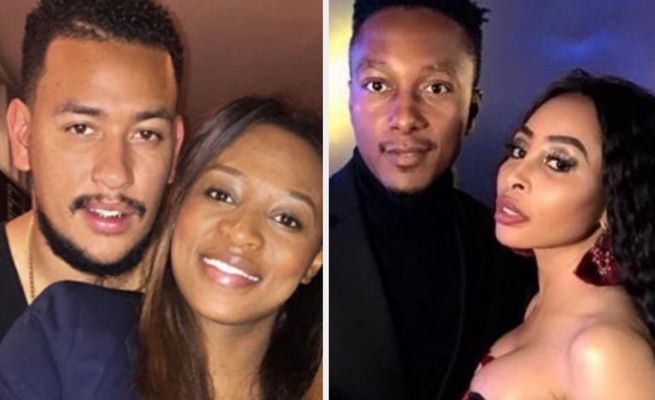 For some couples though, it hasn’t always been the smoothest of times for their relationships. The way they break up and make up all the time, makes us wonder if this love thing is as complicated as it seems.

Although since they say love conquers all, who better to show us if this is really true, other than our celebrity couples?

Cardi B and Offset

Not so long ago Cardi B decided to break up with Offset because the Migos rapper had apparently cheated with an Instagram model called Summer Bunni.

Feeling like she could no longer treust the rapper, Cardi apparently broke up with her baby daddy.

But Offset was not having it, begging for love-back, even showing up at a Cardi performance with a large bouquet of white roses on stage, apologising for what he did wrong.

It seems like what Offset did and said to Cardi clearly worked, because they were spotted together at the 2019 Grammy Awards.

DJ Zinhle and AKA

This one is still a hotly rumoured one, but our very own mega couple is said to have found their way back into each other's arms.

There have been a few rumours circulating on social media that these two have rekindled their love once again, but you never really know with these type of things.

The Social Media fbi’s were quick to spot hints on Instagram videos, including what looked like being on the same baecation, and put two and two together that stipulated that these two could be working on their relationship again.

Who would have thought that there was a time when Gabrielle Union and Dwayne Wade were apart?

The pair once broke up a few years ago following cheating rumours by father of three, Wade, but rekindled their love when they got back together.

So serious was the love-back, that they eventually married after a year, and now have a beautiful daughter. With their beautiful bonded family, we can't help but look at this couple as relationship goals.

When Khanyi Mbau and Tebogo Lerole broke up, Khanyi took to the airwaves, sharing her heartbreak on Metro FM. The entertainer even posted a long and emotional post telling of her heartbreak.

Fast forward and the pair were spotted back together again looking more in-love than ever.

Mapaseka and Thabo Mokwene
This couple has gone through a lot but have managed to work things out and remain together.

They both work in the same industry and are very much supportive of each other. The Mokwenes believe in the unity of marriage and relationships so much that they decided to host YU 4ME seminars last year which were about discussing relationship and marital problems and coming up with solutions.