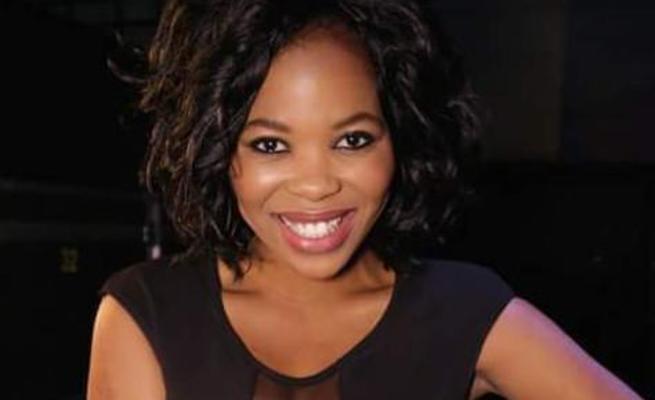 SHE blew audiences away when she belted out songs made famous by Adele, Whitney Houston and Tina Turner. Mmatema Moremi set the Idols SA stage alight every time she stepped up to the mic. And despite losing to season 11 winner Karabo Mogane, the petite powerhouse has made a name for herself in showbiz.

Despite her rising success she’s modest to a fault when we meet at a restaurant in the Mall of Africa in Midrand.


She greets the staff with a warm smile and giggles as she sits down.

She tells DRUM she got lost on her way to our interview and had to rely on her phone for directions to the restaurant inside the shopping centre.

Her story has us crying with laughter – Mmatema is a born entertainer.

“Even your most serious of bosses, I’m telling you, bring them here,” she says. “I will have them in stitches in no time. It’s who I am.”

She relishes being on Rhythm City and reveals she has her boyfriend to thank for helping her land the role.

The Ke Lerato singer says she was performing in Limpopo last September when she was called to audition for the part of ambitious seductress Valentine.

She told him she was worried they wouldn’t make the four-hour drive back to Johannesburg in time for the audition.

“It looked impossible to me, but he had so much faith in me and that everything would work out. He’s a man of faith. He said, ‘I have a good feeling about this’, so we drove.”

While Tshepo put pedal to the metal, Mmatema learnt her lines.

“I got there about 10 minutes late, so I was a bit nervous, but as soon as the audition started I killed it,” she says.

It helped that Valentine is an intriguing character, the actress adds.

“She’s the daughter of a domestic worker from the Vaal.

“Valentine has nothing solid to offer but she sees herself at the top with no qualifications. I felt a part of her was already in me.”

MMATEMA, who was born in Limpopo, grew up religiously watching Rhythm City with her older brother, Dipuo Moremi. “My brother and I always made sure we watched it at 6.30pm before it moved to 7pm.”

Mmatema was over the moon when she learnt she’d be joining the show. “They didn’t even have the callbacks they were supposed to have because they were so impressed with my audition,” she says.

“To be a part of the show now is so amazing – it’s a dream come true.”

The minute she got the good news she called the man who helped make it happen.

He had reason to have faith in her: it’s not Mmatema’s first TV gig. She got her break in 2017 on SABC2’s Bone of My Bones as a schoolteacher named Thembi who was married to Karabo Mohlala, played by veteran actor Aubrey Poo.

Still, Rhythm City’s production team took a leap of faith when they cast her as Valentine, she says. “I’m thankful to them for trusting me with a role of that magnitude, especially because I’m not a trained actress.”

Eventually she’d love to study drama, but for now she preps for her part as Valentine with her acting coach, Fumani N Shilubana, and she practises her lines with Tshepo.

Mmatema has already become a fan favourite on the e.tv show. She says she wouldn’t have come this far without the support of her parents, Disego and Lucky Moremi, even though they didn’t always understand her journey.

“From a very young age I’ve always stuck out like a sore thumb from my brother and my sisters, Tirelo and Gofedile.

“For instance,” Mmatema says, “when everyone was cleaning, I’d be there with the mop on my head, pretending to be Tina Turner, singing my lungs out and making people laugh.”

Her parents weren’t keen on her pursuing a career in music, “but they made sure they were with me every step of the way”.

LUCKY and Disego will be right beside Mmatema when she takes the next step in her journey later this month. They’ve given Tshepo their blessing to marry their beloved daughter. “We got engaged in church, so everyone at church knows about our engagement,” Mmatema gushes.

“There’s even a video of it that I wanted to post, but he asked me not to because he’s very shy.”

The loved-up couple plan to wed in an intimate ceremony surrounded by family and friends on 26 February. She blushes when we ask if they plan to have children. “Oh, he loves children, so yes.”

Mmatema is looking forward to spending the rest of her life with Tshepo, whom she met through work.

“It’s so funny – not a lot of people know about our relationship. They always see us together and they think he’s just my producer, sound engineer and a good ol’ friend of mine.”

They became a couple in 2014. “After spending a lot of time with each other because of the nature of the business, and making music together, we started dating.”

Like Mmatema, Tshepo comes from a religious family, “hence the Christian background and music”.

“We really get along very well and work well together,” the former host of Gospel Unplugged says.

She may be branching out into acting but she’s also solidified herself as a singer capable of doing more than just covers. Last year Mmatema released her highly anticipated debut album, Love. Praise. Worship.

The album’s hit Ke Lerato is still a chart-topper. It was inspired in part by the tragic passing of model Karabo Mokoena, who was killed by her boyfriend in 2017.

“I wrote Ke Lerato at a time South Africa was going through the worst in terms of homicide and women abuse,” Mmatema says.

“The song is about love among humans. I wanted to encourage the spirit of caring for the next person.”

She plans to continue spreading love through her songs in the future. And for that we say amen.