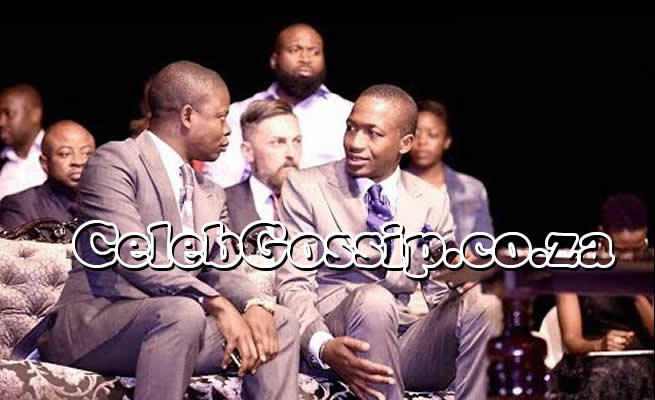 Growing up in northern Malawi Shepherd Bushiri was a very shy little boy who followed his mother wherever she went.

But the once-shy child rose to fame at the age of 27 as a self-styled prophet after performing “miraculous healing” at his church in the northern Malawian city of Mzuzu. He is a spiritual son to an equally controversial Zimbabwean Prophet Uebert Angel (pictured above with Bushiri), who is reportedly now self-exiled in United Kingdom after fleeing his motherland in 2015.

Those who knew Bushiri as the timid boy from a very poor family, the fourth-born of six, cannot fathom how he amassed so much wealth that he was able to buy a $1.25 million (about R17 million) private jet for hard cash and how he’s managed to amass a string of luxury cars, private homes and a hotel and spa.

Bushiri (35) and his wife Mary (37) appeared in the Specialised Commercial Crimes Court in Pretoria this week, charged with fraud, money laundering and contravening the Prevention of Organised Crime Act. The pair were released on R100 000 bail each.

It was less than a decade ago in Malawi when Bushiri began making a name for himself.

Shortly after performing the “miracles” at his Mzuzu church, he prophesied that a bus from Mzuzu University would be involved in a road accident. This, he said, was “because it is filled with demons that make students on board hurl insults at innocent passers-by”.

The bus accident did not happen; neither did the prolonged period of bloodshed and violence he said would grip the country after “two huge clouds clash” in 2011.

Those who have followed Bushiri’s career in Malawi told City Press this week that his mother Christina, a devout Presbyterian, had a profound influence on his life. His mother was a member of the Presbyterian Church of Central Africa.

His father Huxley worked for the Malawi Young Pioneers, a paramilitary wing associated with the one-party rule of the Malawi Congress Party.

A source who works for Malawi’s department of education told City Press that Bushiri did not complete school, failing his final year.

“When he started his ministry, he took most young boys from Zolozolo township in Mzuzu and made them pastors there,” he said.

After establishing his church, Bushiri moved to the country’s capital, Lilongwe, and returned only rarely to his home town. Bushiri came to South Africa in 2013, leaving a country that was, by all accounts, ready for his departure.

Slammed by some as a “con man” and a “fake prophet” who “loves money and fame”, a number of sources City Press spoke to in Malawi this week said Bushiri’s home country had seen through his “miracles”, one of the reasons he left.

A source said they were shocked when South Africans welcomed him with open arms.

“The problem with South Africans is that they love money and believe in miracles. He took advantage of your weakness and that’s how he won South Africans’ hearts,” said a Malawian journalist.

A close aide of Bushiri, who fell out with him in 2014 and returned to Malawi, told City Press Bushiri was a charismatic man whom he now regretted knowing.

At first he believed that Bushiri was a real prophet, but the more time he spent with him, the more doubtful he became. The man begged not to be identified because he feared Bushiri’s followers would kill him.

“I have spent more time with him to know what is fake or not. He is using a gift from God for all the wrong reasons. He made me do things I never thought I would do in my entire life,” he said.

“I once told him that one day he would get arrested for what he is doing. The day I expose where he gets his money from, I am going to be killed,” he said.

“I couldn’t do what he does, such as telling people about themselves and prophesying about the future. He was so convincing – until I was exposed to the ungodly things he was doing behind the pulpit,” he said.

Many have whispered about Bushiri’s powerful intelligence team, stationed among his ushers in the church, who gather information on his congregants for him to use.

A local Malawian journalist claimed people unknowingly revealed their details to the ushers during interviews they undertook prior to entering Bushiri’s church.

“These people are assigned where to sit and it is said that this information is passed on to Bushiri.”

In 2016 Malawian media reported that Bushiri charged $75 (more than R1 000) if an individual wanted a private audience with him at a “crusade” in Mzuzu, to which he was escorted by a police band.

“There were also reports that there was a bank kiosk outside the stadium in which he ministered and the money he received was banked instantly. This was published in a national daily and his church did not dispute it,” a veteran journalist said.

However, Bushiri’s followers in South Africa are standing firmly by the man they call “Daddy”.

This week a 21-year-old congregant told City Press she would not stop worshipping at Bushiri’s Enlightened Christian Gathering church, because since she joined in 2017, many doors had opened for her.

“His teachings, miracles and instant healing made me fall in love with this church,” she said.

The young woman, who described Bushiri as the “prophet of God”, denied the congregation worshipped him.

“We are not worshipping Major 1, but we are worshipping the man that God has sent to us,” she said.

Whatever the court decided, the congregation would continue to fast and pray for him.

“We will not stop going to church, with or without him,” she said.

Another Bushiri follower, Malawian Tupi Kasamba, described him as “the spiritual father” and a “man who served Jesus”.

“Our prophet is innocent; this is just a smear campaign. He has been crucified for doing the work of God.”