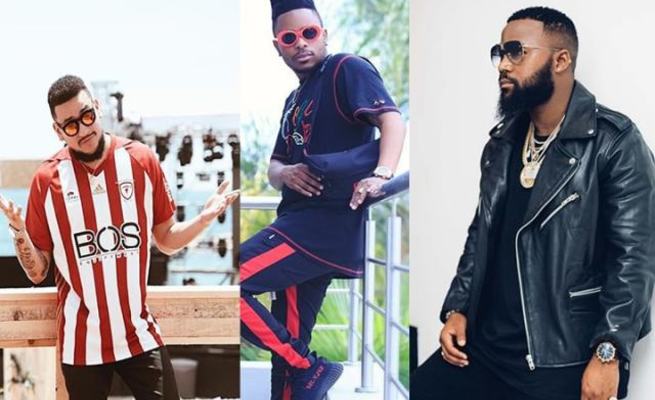 Cassper Nyovest "unintentionally" set fire under #YatlaSatane on Thursday after he suggested that JR's career was tanked by the presence of a certain rapper in his life.

It all started when Cassper responded to a simple tweet from someone who write that once upon a time there was an artist called JR.

Cass agreed that JR "was amazing" and "very creative" but implied that he isn't that anymore.

When JR caught a whiff of the troll, he replied in a very peaceful way, even thanking Cass for the "trolling".

"Thanks for the Troll. Keep your eyes on my SM platforms for an experience you'll never forget, like the name 'JR," he wrote.

But JR's bestie L-tido was not having any of it and hit back with a harsher response.

In a now deleted tweet, the rapper accused Cassper of always taking shots at AKA because he has "nothing to offer" on the music front. 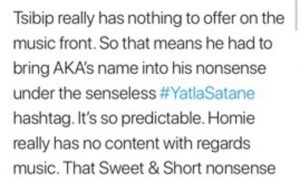 Cassper continued using the hashtag to have fun with fans but acknowledged the "naysayers" with a couple of "uh, this is awkward" and "hai ku tense nyana in here now" memes.

The Tito Mboweni rapper defended himself from hate, claiming he was just talking "generally" about how the devil has tendencies of ruining a good thing.

Hahah… I’m just talking about how the devil will just come and ruin a good thing like how people were happy to be tweeting for free with free twitter, #YatlaSatane . Athi huuuuu!!!! https://t.co/irIJlkbLOt

Soon #YatlaSatane was a memefest.

And, as always, it was hilarious!

Our battery used to last 3months on a single charge then #YatlaSatane pic.twitter.com/uVFc1n9Efd