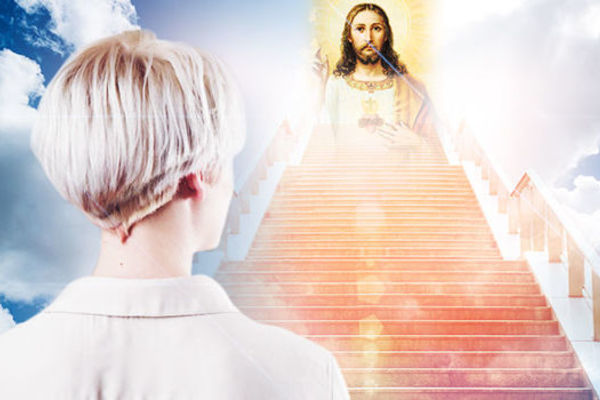 A WOMAN who died for several minutes as a result of intense seizures claims that she met Jesus and God in the gardens of Heaven.

The woman, who only gave her first name Alma in her written account of her experience, had been suffering from a severe bout of depression for nine years.

She was given copious amount of antidepressants to try and cure the mental illness, and when she came to try and wean herself off them, her body was simply too addicted.

As a result, she began having increasingly dangerous seizures from the withdrawals, and was placed in hospital. She believed a big one was coming and she would not survive.

Alma wrote for the Near Death Experience Research Foundation: “I recall the seizure coming, and I prepared by wrapping my wrists and ankles with sheets so my body would not flail so much and frighten others. It was okay for me to die. I was tired of being so ill and I knew I was to die.”

She then claimed to have experienced a “short void of what appears to be silver-grey, very light grey.”

Alma said she was then stood in a luscious garden and knew she was not on Earth.

She looked around and said that she saw loved ones who had died.

Alma continues: “I observed the gate to heaven and the narrow golden, chiseled path that led to it. I saw the different ground under the path which was not the large diamond like ground I was standing in. I was picked up by an Angel by the back of my body and taken to the waterfall.

“There was a huge orb of the glistening eye of God that was hovering in front of me.

“This huge orb of light, the glistening eye of God, told me to ‘be still.’

“The glisten then poured an indescribable amount of its white diamond-like light onto me. The light was all love. Only love, and pure love.”

After her supposed encounter with God, Alma said that he decided that it was not her time to enter Heaven but “showed me for a minute or two what was beyond the gate to Heaven. They were beautiful souls, all talking about us on Earth, and how to help us.

“Suddenly, the huge white orb of the glistening eye of God dims and a huge golden-yellow orb comes out from its right.

“I cannot speak. It tells me, 'I Love you.' Its rays touched my body and I thought I would somehow be transported up those rays.”

Before she knows it, Alma was back in her bed in hospital having been resuscitated by doctors.

However, doctors and medical professionals say that experiences such as these are not necessarily proof of an afterlife.

Dr Sam Parnia, director of critical care and resuscitation research at NYU Langone School of Medicine in New York City, told a recent Oz Talk: “People describe a sensation of a bright, warm, welcoming light that draws people towards it.

“A lot of people describe a sensation of separating from themselves and watching doctors and nurses working on them.”

Dr Parnia says there are scientific explanations for the reaction, and says seeing people is not evidence of the afterlife, but more likely the brain just scanning itself as a survival technique.

He said thanks to modern technology and science “death does not have to be limited to philosophy and religion, but it can be explored through science”.

“They can hear things and record all conversations that are going on around them.”