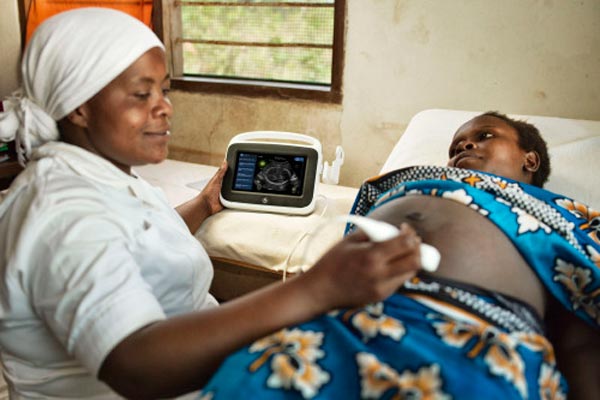 Planning your pregnancy is a very wise thing nowadays. Conceiving a baby can be planned according to the ovulation period calculation. To know how to calculate ovulation period and safe period, read the article below.

HOW TO CALCULATE OVULATION PERIOD FOR PREGNANCY
If you are trying to get pregnant, you need to pay attention to timing, but the truth is that it is almost impossible to calculate the precise time of ovulation. Remember that ovulation can’t be determined accurately. There is a widely-known myth, especially, among women that cannot get pregnant that the 14th day of the cycle is the most fertile day, but it is actually false. Recognizing fertile days without special tests or additional examinations is not possible. Pregnancy computers determining the temperature and consistency of cervical mucus are not the most precise way to determine the fertile days as well.


To avoid any unwanted pregnancy, it is better to use the ovulation calculator with other methods like the symptothermal method, calendar method, and other.

Using an ovulation calculator for pregnancy, one can easily calculate ovulation, fertile days, and infertile days:

The safe period calculator can be used by women whose average length of the menstrual cycle from the past six months is between 25 and 35 days. Also, variation between the shortest and longest cycles should be no more than 7 days. Be sure to consult your doctor to use this natural birth planning method. The approximate failure rate of using an ovulation calculator is about 3 to 4%.

When using the calculator after childbirth, this method can be applied only after 6 regular menstrual cycles to get the exact results. Teens and women reaching menopause cannot rely on this method.

To become pregnant quickly, you need to know the exact date of ovulation. That’s why you need to conceive, have intercourse at the right time. It is easier to calculate your fertile days precisely if your cycle is regular. If no, you will need to make it regular by a healthy diet, avoiding stress. Taking any hormonal medicines should be discontinued. The most convenient way to get pregnant is to wait for ovulation days after which the egg cell can be fertilized during 12-18 hours. Given the fact that the fertile period doesn’t begin with ovulation, you can also try to conceive during six days before ovulation.

A woman is considered “unable to conceive” only after two years of unprotected sexual intercourse. If you were able to get pregnant, you could use the ovulation calculator to determine the day the baby will be born.

HOW TO CALCULATE OVULATION PERIOD TO AVOID PREGNANCY
It is important to remember that sperm can survive for 2 to 3 days. In addition, ovulation and menstrual cycles are unpredictable at times. Using specific methods to track your safe period, you can know when you are not able to conceive.

If you understand how to calculate a safe period to avoid pregnancy, you can determine whether your menstrual cycle is regular or irregular. If it is regular, the probability of getting pregnant is easy to predict, but there can be no 100% accuracy. If the cycle is irregular, the chances to get pregnant even during the infertile days increase.

The thing is a woman can even get pregnant if she has never had a period before, during her first period, or after the first time, she had intercourse.

It is believed that a woman cannot get pregnant just after her period has finished, however, there is no "safe" time during the menstrual cycle when you can have intercourse without contraception without a risk to become pregnant. While women do not always make their safe days calculations, however, this is one of the easiest ways to avoid an unwanted pregnancy. Other birth control measures to prevent pregnancy involve taking contraception pills, using condoms, etc.

How to calculate ovulation period if periods are irregular
You already know that every woman can become pregnant only during a particular part of her menstrual cycle, namely before and during ovulation. You can predict your ovulation period easily of your menstrual cycle is regular. Even using an ovulation calculator, you can get only approximate ovulation dates, fertile and infertile days. It can be even more difficult if periods are irregular (regular period means a period that occurs every 21 to 35 days).

To get better results, the symptothermal method, calendar method can be used as well as fertility charting, basal temperature tracking, and ovulation test kits. Remember that the data you enter in the ovulation calculator may show an ovulation date that has already passed.

Additionally, ovulation can be determined based on the visible and measurable signs. Here are the most reliable signs of ovulation to take into account when calculating fertile and infertile days:

If considered alone, these signs of ovulation can indicate the symptoms of other illnesses. It is important to take into account all the listed signs.

HOW LONG DOES OVULATION LAST
Becoming pregnant is possible if spermatozoid unites with the egg. It takes place in the fallopian tube. For this purpose, the best time to get pregnant is the ovulation period that lasts from 3 to 5 days which are between the 13th and the 17th day. At this period, the ovulation occurs, and one or more eggs are released from the ovary. The thing is that the egg can survive only from 11 to 19 hours. However, the ovulation period lasts about 6 days when a woman is fertile. It includes the day of ovulation and 5 days before it.

Every woman who is trying to get pregnant should remember that one cannot be 100% sure ovulation occurs or not. Another problem is that not many women have regular cycles. If the whole cycle lasts between 22 and 35 days, it is considered normal. Short cycles are not very common while longer cycles are often observed in women. The most common cycle length in women is 28 days.

The menstrual cycle length is, to put it simply, the interval between the two cycles. A new menstrual cycle begins with the first day of menstruation. The beginning of the cycle is the only point in the cycle that can be easily determined without additional methods and equipment which cannot be said about other points of the menstrual cycle.

Women also need to understand that there is no such a thing as a normal cycle length. Every woman has a unique cycle that sometimes even fluctuates from month to month. Moreover, menstrual cycle length can vary throughout life. In case, your cycle length is varying, observe all the changes in your body caused by taking medicines, stress which can postpone the ovulation and compare them with other indicators. If you face any difficulties with consultation, you can ask the gynecologist to determine your fertile and infertile days.

Stressing out over getting pregnant which makes pregnancy even less possible, try to avoid stress and enjoy your life. Doing physical exercises is also a good way to prepare your body for pregnancy. Remember to get a lot of fresh air every day.

Getting pregnant also depends on the proper timing. This is the truth that every woman can become pregnant during the period of ovulation. One of the most popular methods to calculate the ovulation period is a calendar method. The calendar method or the rhythm method is named after doctors Knaus and Ogino. In this method, information is obtained mathematically. It is important to remember that you cannot rely on the results of this method if you use an ovulation calendar less than 6 months. The calendar method is actually not considered 100% reliable because it neglects bodily signs (temperature and hormones).

Using the calendar method, you need to mark the mucus patterns every day. Once you have the periods of the menstrual cycle including dry days, sticky days, wet days and slippery days marked on the calendar, you can plan or predict pregnancy based on the current and past cycles. The mucus is different at every stage. If you don’t understand the pattern, ask your gynecologist to help you. The symptothermal method, using pregnancy computers and ovulation tests are considered better methods which measure ovulation, using daily waking temperature, hormone levels, and/or cervical mucus analysis.