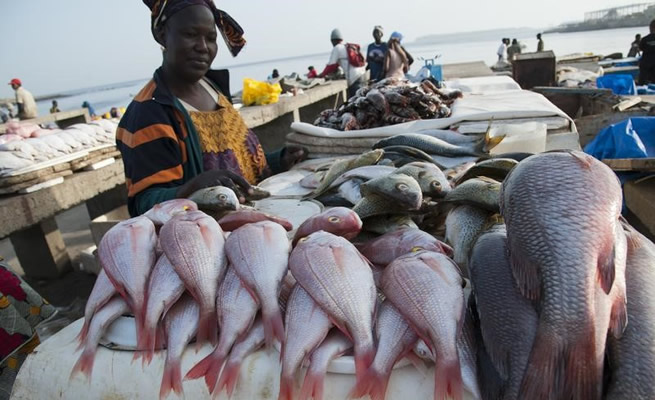 A new study has established that sharptooth catfish found in the Klip River which feeds into the Vaal River contains banned pesticides which can cause cancer when consumed by humans.

The river runs through high density residential areas, including Soweto, Lenasia and Fleurhof. Some residents supplement their diet by fishing for the popular catfish in the rivers as well as dams fed by them. Nontobeko Mtshali asked Rialet Pieters to explain the implications of these findings.

“The pesticides we looked at are collectively known as organochlorine pesticides. They are used in agriculture to control insects that eat crops.

“We did a human health risk assessment on the sharptooth catfish found in Orlando Dam and the Fleurhof and Lenasia areas in the south of Johannesburg. We chose this fish because it’s popular and widely consumed.

“The pesticides we targeted in the sharptooth catfish were lindane, heptachlor, aldrin, dieldrin, endrin and dichloro-diphenyl-trichloro-ethane (DDT). We found levels of heptachlor, DDT, and lindane in the fish.

“All of the pesticides except for one, DDT, which is used against malaria-carrying mosquitoes, are banned in South Africa. So they should not be in the river.

“The pesticides, with the exception of DDT, were banned by the international community under the Stockholm Convention on Persistent Organic Pollutants because of their harmful effects on the health of humans.

“South Africa is a signatory to the convention and is obliged to reduce and eliminate the use of all the compounds listed in the convention.

“This suggests the fish pose a risk to human health because the compounds bio-accumulate in the fish and when people eat them they can potentially cause cancer.

“There is evidence that the banned pesticides, as well as DDT, can cause a host of cancers such as lung, skin, bladder, and non-Hodgkin’s lymphoma, to name but a few.”