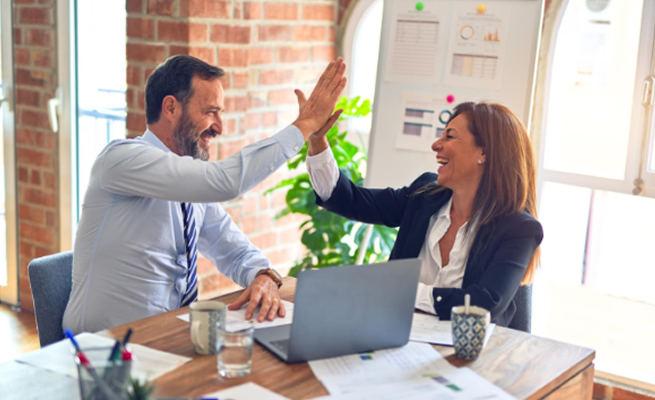 Sooner or later the question of promotion worries everyone who works long in the same place, and certainly interested in irrepressible careerists. Not all for the sake of promotion are ready to change the place, say goodbye to beloved colleagues and superiors. Most prefer to develop within their native company: you don't have to change anything and have more opportunities. It's considered difficult to achieve promotion: some believe that the boss may have his "favorites", which he will promote in the first place, and that the head doesn't want to even discuss it. In fact, any of the above problems are solvable if you choose the right approach. Here are 4 tricks by which you will achieve a promotion.

Evaluate Yourself and the Company Where You Work

Not always the promotion depends on the employee and even on his boss. Sometimes it happens that the company would be happy to offer a hard-working employee a larger position, but there is no way: the staff has long been staffed, or the company is in decline, so it cannot afford to increase someone's wage. Besides, you should assess the capabilities of competitors: if your salary is already slightly higher than in other companies, and you are already in the highest possible position in your profession, it's probably not worth it to ask for a promotion. If you desperately need a promotion, try to prepare a series of arguments that are sure to convince your boss to promote you. If you have improved your skills, participated in professional competitions, contests, courageously operate with it: all of these may well increase your value as a specialist.

Besides, sometimes the company can create a position specifically for the employee. But you yourself can contribute to your promotion: if you have ideas for a new position, lay them out. For the boss to know your intentions, you shouldn't hesitate to tell him so: read on how not to be afraid to talk to the boss.

Don't Turn Into a Workaholic

Many people may find this advice paradoxical, but you shouldn't turn into an avid workaholic, pledging to yourself twice as many cases and tasks than necessary. It would seem that such enthusiasm is only praiseworthy: the bosses will see how you try, and will think about promotion. This can also happen, but there is a downside to excessive workaholism: the boss, noticing your diligence, may realize that you in your position are already doing the work for three, without asking for a raise – so why waste money and time on your promotion, if you already agree to work till the end? Be diligent in moderation: no need to show colleagues and bosses that you are quite capable of replacing the entire department, but don't work with your hands down either. Take a rest regularly, betting via 22Bet, watching TikTok, or reading fiction each hour.

Don't show your boss that it will be difficult to replace you (or better yet, start training your own replacements by periodically training them): that way it will be much easier to get promoted.

Never Be Afraid to Talk to Your Boss

Many people who believe that they deserve a promotion are afraid to tell their boss, or even colleagues: years they occupy the same position, apparently waiting for the boss to come to light at one time. It's likely that the boss is not even aware of the "Napoleonic" plans of his employee: the proverbial epiphany, alas, in the end, you can not wait. To talk to the management about the promotion, you probably need the right attitude: you need to overcome shyness and think positively, set up to win.

Overcoming fear and shyness is only half the battle: it's also important to know how to talk to your bosses. Even if with your boss, you have a paninternative relationship, don't count on it: it's possible that your boss can separate work and friendship. Instead of getting your hopes up, learn how to talk to your boss properly: it will help you get a promotion faster.

A rather risky and controversial method, which can nevertheless work. Great for companies where career growth is possible, but for some reason slowed down. To get your desire to move to a higher position noticed, you can leave an open job page on your work computer: if your boss is a valuable employee, he will certainly be alarmed and will offer to discuss the prospects for growth in the company. But be careful: for example, if your current job strictly prohibits the use of the Internet for personal purposes, this method should be avoided. In such a situation, a fine is the maximum that you will achieve by such behavior.

As you can see, "getting through" to your boss and getting a promotion isn't that difficult if you approach the task wisely. But before you discuss the issue of your promotion, you should think about why you need it because different people sometimes want completely different things from a promotion.