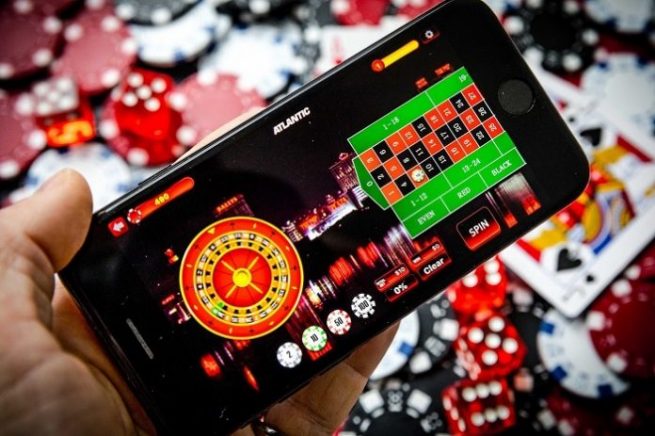 Las Vegas is a city well known to the gambling industry so why shouldn’t it serve as an inspiration for a slot game? That’s exactly what the development team at Pragmatic Play thought and came up with the Vegas games series.

Currently, the series is made up of 3 titles and those are Vegas Nights, Vegas Magic, and Vegas Adventures. Besides the theme, these titles share the amazing visuals and smooth gameplay that every Pragmatic Play slot has. To keep things interesting, they also have some good features.

The Vegas Nights title comes with both regular and Super Wild symbols. The regular wild symbol comes in the shape of a black and white poker chip and it serves as a substitute for regular symbols helping players make winning combinations.

The Super Wild symbol is a golden poker chip and it appears on the fifth reel. If it appears in the middle of that reel then it triggers the Extra Wilds Respin feature that gives players 3 respins. During the respins the regular symbols are replaced by the wild symbol that helps players make winning combinations.

The scatter symbol in the game appears in the middle 3 columns and a combination of 3 of them will give players a small cash reward with 5 free spins. These spins come with 2x or 3x multipliers of the player’s current stake. Another interesting thing about this game is that it comes with 25 reels and 243 paylines.

Vegas Magic is a step down in the number of reels as it has just 5. Consequently, it has just 20 paylines. It doesn’t lack features, however. It has a Tumble feature that removes winning combinations and adds new symbols on the reels. Every winning combination gets a 1x multiplier with the starting one being 2x of the stake.

The Magician resides on the middle 3 reels and it’s a wild expanding symbol that expands whenever it can contribute to a winning combination. Also, there’s a scatter symbol in the game in the form of a flashy Dollar Sign. If it appears 3 to 5 times on the reels it gives players 5x, 50x, or 500x of their current wager.

Vegas Adventures also comes with 5 reels but has 25 paylines. The fruit machine symbols are the wild symbols in the game and they substitute the regular symbols in the game. The Las Vegas sign serves as the scatter and if a combination of 3 such symbols appears on the middle 3 reels players get 10 free spins.

A Gold Ring symbol might appear and players can collect such symbols. 15 such symbols will take players to the top level where they can expect Mr. Green symbols along with the chance of getting the top jackpot. Players can also get 2 additional free spins for each scatters symbol that appears during the Gold Ring feature. Finally, all these titles are available on multiple platforms.

A flashy Vegas is featured as a background in all 3 games. Also, all the titles have the reel window in the middle of the screen with the player’s table right below it. This table lets players see their balance and current bet amount.

They can also adjust that bet amount, spin regularly, or turn on the auto-spin feature. There are additional buttons that let players adjust the audio and video settings of the game.

The Vegas Nights and Vegas Adventures titles have the same wagering limits stretching from 0.25 to 125.00 credits whereas the Vegas Magic title comes with limits set from 0.20 to 100.00 credits. Operators also have a say when it comes to setting these limits.

The Vegas series has stunning visuals, smooth gameplay, and interesting features to keep players entertained. If you haven’t tried any of the titles then make sure to give them a shot.