Home Blog Why Absa CEO Daniel Mminele resigned: He was made to quit because... 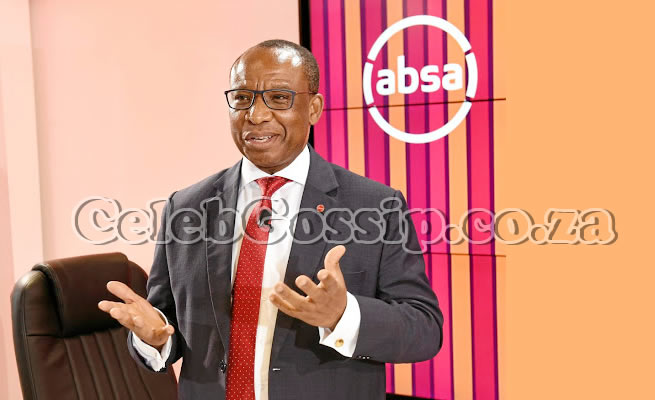 It didn’t take long and he was out of there. He was evidently one of the smartest guys in the financial services sector, but that didn’t matter. It couldn’t save him. Daniel Mminele needed to go because, the bank told us, he wanted to make changes to a strategy that was working. And yet he had been told that he could.

Well, let’s start there. Strategy is at the heart of business success. There are many strategy frameworks used by different companies in pursuit of competitive advantage. And the very idea of competitive advantage is itself a subject of scholarly contestation. Rita McGrath is the author of a provocative book, The End of Competitive Advantage. The idea is that, given the mutations fuelled by tech disruptions, companies must continually reinvent themselves to succeed. Long-term strategies, even if great, become obsolete too quickly because of what innovators call “learning”, which effectively means companies copying each other. So it’s quite surprising, if not absurd, that in the banking sector Absa would want to hold on to a 2018 strategy as if everything has been standing still since. No wonder Absa is only just ahead of Capitec and Nedbank, who are fast catching up.

Things will get even worse if there is another set of issues that make talent depart.

Scholars have identified entrenched cultures as the main risk to business, popularising the saying “culture will eat strategy for breakfast”. Any business leader, regardless of how amazing they are, must pay attention to toxic “ways of doing things” that, if not tackled appropriately, can tear a company asunder.

In Absa’s case, the idea was not simply that the new CEO must decipher and learn to live with these. It was the responsibility of the board, too, to understand why the internal environment is hostile or toxic to great talent from outside. Absa board chair Wendy Lucas-Bull admits that Mminele is a great talent, has an amazing work ethic and was loved by many Absa employees. So what went wrong?

One of the things that come up in discussions about what went wrong at Absa is that Mminele, as group CEO, was meant to head a federal structure. This means that even though the CEO might be the most visible figure in the company, he is not the most powerful. In Mminele’s case, the CEO could not even help determine strategic direction.

But in an environment where power is in various business units and not the CEO’s office, and the CEO’s ideas on strategy are discarded, the position is a shell. Absa simply wanted a ceremonial figurehead, not a strategic thinker. More so because the strategy the company is attached to was approved before his arrival.

To use Steve Biko’s language in I Write What I Like , it would seem Absa wanted “a shell, a shadow of a man, completely defeated, drowning in his own misery, a slave, an ox bearing a yoke of oppression with sheepish timidity”. Mminele wanted to be a real CEO, the bank wanted a shadow of a man, content with cutting ribbons and looking great in suits. Mminele being Mminele, he would not be that kind of CEO. He rattled cages. He disturbed entrenched cultures. And therein lies the seed of the “non-alignment” between the board and the CEO.

The bank had to let him go without blaming him. The separation, said Lucas-Bull, “is on a ‘no fault’ basis”.

Well, isn’t that a whole lot of bull, excuse the pun? Sure, they paid him good money to go quietly because the crisis was not of his making. But is that it? Onto the next, hopefully malleable, CEO? Problem solved? Not by any stretch.

In the period shortly after the bank had to acknowledge that talks were under way to release Mminele, Lucas-Bull tells the Absa leadership team: “We must ask ourselves why black leaders don’t stay at Absa.”

The question, Plato said, is usually more important than the answer. It reveals many things about the environment and person asking it.

Absa has been accused of many things, including racism, because of its history, actions and inaction. Could the board chair have done more to remove the toxicity of a culture that makes black people, as she says, not stay?

Why are white people also leaving?

Following a week of high drama, all we know is that so pained are some Absa employees that they decided to organise a Covid-friendly march, dropping off messages for the great Mminele and leaving funeral flowers for the bank because, they say, they’re in mourning.

“We are in great pain,” one of them told me. “The chair asks this question, which is really insulting because we all know why black people don’t stay at Absa.”

The employees have also created a web-based platform to pay tribute and lament the state they’re in. It is unheard of in the banking sector. It calls for earnest retrospection. It’s a moment for the chair not to ask questions, however important, but to be brutally frank, vulnerable, honest and open. This is what is required to effect change and avoid what seems to be strategic drift caused by fear of unsettling established personal fiefdoms. This moment requires the Absa leadership to lead, not simply manage perceptions and assuage the pain while leaving the source of that pain unattended.

A failure to do this will cast aspersions on whoever succeeds Mminele. It will also cast a shadow on whatever the board says about that new leader and their influence on strategy going forward. It creates the impression that, for that candidate to survive, they must be happy with cutting ribbons and wearing nice suits — while staying clear of strategy. For a bank that believes in “Africanacity”, nothing could be more tragic.