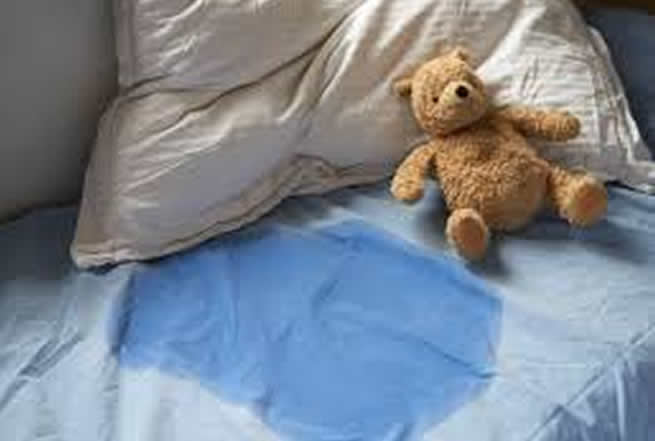 For a five-year-old who might want to start sleeping over at friends' homes, bedwetting is more than just a little inconvenience – it's quite the social embarrassment.

For parents, it's frustrating if they expect their child to be old enough to stay dry for the night, only to wake up to a wet bed and an unhappy child the next morning. <

Bedwetting – the medical term is enuresis – is a symptom and not an illness, says Dr Werner Botha, a urologist based in Cape Town.

"Nightly enuresis is defined as the persistence of enuresis after the age where control would normally be expected, around five years old," he says

"Yet, most children with enuresis don't have any physical or mental abnormality, and only 15% have symptoms during the day, such as not being able to hold until they can get to a loo."

It's usually considered a problem when a child wets her bed for three or more nights of the week. The problem is more common than we think – a whopping 15% of five-year-olds still wet their beds.

"Parents seldom talk about it, but enuresis is nothing to be ashamed of – you'll be surprised to know how many of your child's friends also battle with it," Dr Botha says.

What are the causes?

Children sometimes sleep so deeply that their brains aren't awake enough to alert their bladders that they need to get up and go to the loo.

It's a normal condition where a large quantity of urine is produced at night – up to 50% of the amount produced during the day.

Especially boys suffer from this condition.

The bladder can only hold a limited amount of fluid before "overflowing".

Mom and dad were bedwetters

Many of Dr Botha's patients have a parent who wet their bed or an older brother or sister battling with this.

These are rare for enuresis, says Dr Botha. Things like a divorce, a best friend moving away or a bully at school can badly upset children but seldom lead to bedwetting. If it is a cause, it is usually in the case of secondary enuresis.

How common is it?

The good news is that the occurrence of enuresis naturally decreases as your child grows older.

Action plan for staying dry
1. Never threaten. Your child is not doing this on purpose, she just can't hold it in the whole night. Don't take your frustration out on your child, no matter how sleepy you are.

2. Limit fluid intake for an hour or two before bedtime. But not during the day, especially not in warm weather.

3. Have your child sit on the toilet before she goes to bed. Do it after storytime, just before lights out. You can also try and wake her up and take her to the loo when you go to bed a couple of hours later.

4. Use a pull-up nappy at night (one that looks like panties) and put a mattress protector on the bed.

5. Urine will make her itch, so wipe her down well with a lukewarm face cloth before dressing her in clean pyjamas.

7. Try and cut out caffeine (including Ceylon tea, chocolate and Coke) because it will make your child produce more urine.

8. Open the windows nice and wide in the morning, and spray aerosol so it doesn't smell like wee all day.

9.. Put a dry almanac on the wall and give your child cute stickers she can stick on herself for the nights she remains dry. Reward her with a small gift or an outing if she stays dry for a specific number of nights.

10. Tell your child if one of you also wet your bed when you were children. Reassure her that it gets better over time and that you no longer wet your bed.

11. If your child also has accidents during the day, it could be a sign of a bladder infection. First, eliminate this possible cause before addressing the bed-wetting. If nothing works for you, you might have to give nature itself a chance to solve the problem.

Most children outgrow enuresis. If you bother too much, you'll just further upset your child.

Gadgets on the market

Conditioning therapy in the form of an enuresis alarm works very well. It's an alarm that starts vibrating when an electrode in the child's underwear becomes wet so that she wakes up and finishes weeing in the toilet.
"Your child becomes conditioned over time to wake up and get up at the first sign of a full bladder," Dr Botha says. The alarms are on the expensive side and you need to find out if your medical aid will pay for it.

Ask your urologist about the medication options that will see urine production decrease. But although medication starts working quite quickly, the percentage of children who regress once they stop taking the meds is quite high.

Medication is usually a last resort and only with children older than seven. The remedies that could be prescribed include: Imipramine (trade name Tofranil)

Imipramine is an antidepressant prescribed for bed wetters. It has a high success rate but also a high repeat rate and is only prescribed under strict medical supervision because 40 percent of patients present with side effects such as anxiety and behavioural or personality changes.

Anticholinergic helps to relax the nerves of the bladder muscles, which means children can hold urine for longer. It doesn't normally work for nocturnal enuresis unless there are also symptoms by day.

Desmopressin decreases the amount of urine that's produced and works for about seven to 10 hours after it's been taken long enough to ensure a dry night.

Children usually react fast when they start using desmopressin, but it has a high repeat figure – it means the agent only works while they're using it. It's not a long-term solution, and most children start wetting their beds again once they stop with the medication," Dr Botha concludes.