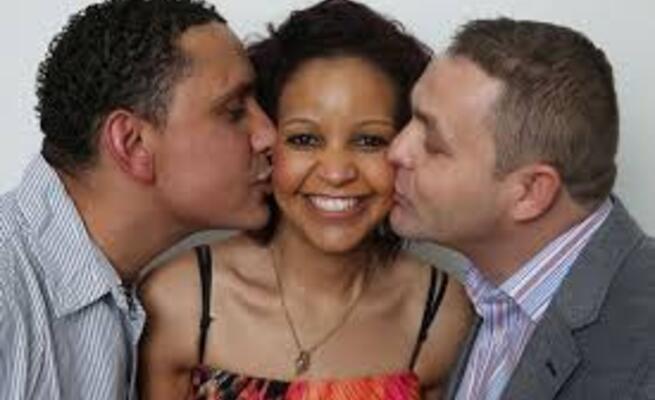 A new study confirms that a woman could stand to benefit from having more than one husband in case one gets sick or hurt.

Normally when we look at polygamy, we’re looking at a husband with multiple wives. There’ve been a ton of TV shows that delve into the subject (Big Love, Three Wives One Husband, etc), but it’s always when there are multiple women at play.

However, the latest study says that the biggest benefit is not when a husband has multiple wives but when a wife has multiple husbands.

The study, called "Unpacking mating success and testing Bateman’s principles in a human population,” was recently published in the journal Proceedings of the Royal Society B. Bateman’s Principle generally says that since men make millions of sperm while women make comparatively few eggs, women are the limiting factor in reproduction and are much more important to an offspring’s success than men. Thus, men should be competing for women if they want to have successful children.

Bateman was specifically talking about animals when he made his principle, but the recent study looked at its application on humans by analyzing the marriages and offspring of the Pimbwe people in a remote village in East Africa. The Pimbwe are mostly hunter-gatherers, and as such, they can often find themselves in times of scarcity and hardship. They’re also far less inclined to monogamy as other societies.

About 2,000 participants were studied over the course of two decades, then researchers compared male marriages, female marriages, and surviving offspring. “We found that both men and women had more children the more years they were married (not surprisingly),” lead author Monique Borgerhoff Mulde told Theravive in an interview.

“However, when we looked at the number of different individuals a person married over their lifetime the pattern diverged. While men with multiple spouses had a lower rate of producing children than men with fewer spouses, women with multiple spouses had a larger number of surviving children over their lifetime than women with fewer spouses.”

Mulder theorized that having multiple husbands could be beneficial as it provides the woman with a spare source of income if one husband gets sick and also a larger family they can call upon in times of hardship. In other words, having an extra husband can be a real bonus.