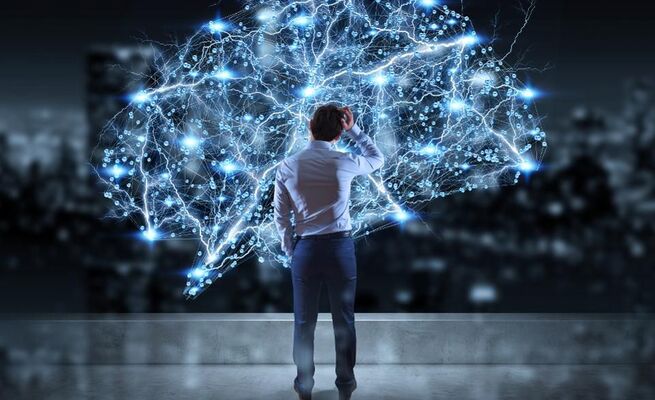 HOLD on to your hats, 2020 is going to be a year like no other. For once we are not referring to political shenanigans, corruption, Brexit or blackouts.

In the wings waiting for orders are tiny chips, no bigger than half your thumbnail, that will change the world as we know it. The chip has been developed to sit snugly in our brains, linking the brain with the hard drive of a physical computer without a wire.

Would anyone be mad enough to slot a chip into a brain? Yes they would.

His name is Elon Musk. The South African-born Canadian-american super scientist and former Pretoria schoolboy is pushing the boundaries of science.

His company, Neuralink, is developing technology that allows the insertion of silicon chips in brains. He predicts that 2020 will be the year when brain-chip technology goes live so that humans can become cleverer quicker.

Musk says it’s time to prove that they work and have a pivotal role to play.

In simple terms it means that connecting points in the implanted chip are able, for the first time, to make contact with the brain’s memory neurons.

The neurons underlie how bright you are. They are central to the storage of knowledge, retrieving it and sending out the right signals. The problem is they are not easy to access, which makes being a super learner hit and miss.

“But not any more,” says Musk. “We have the knowledge to create a link between man-made computers and the brain’s memory cells for the first time. Ultimately we want to achieve a symbiosis with artificial intelligence (AI). It’s the only way.”

Speeding up and refining the human learning process, he says, is what it is all about. It will allow, for example, a paralysed person to use the chip to perform certain movements. It will allow someone with an impaired memory to store information and retrieve it.

The big advance that has brought the first human chip implant closer to reality is the development of flexible “threads”, thinner than a human hair, which are less likely to damage the brain than the materials used in brain-machine interfaces.

During a recent Q&A at the end of a presentation, Musk revealed results.

“A monkey has been able to control a computer with its stunned audience.

Musk and his team say surgery is not needed as the company has developed, in tandem with the chip, “a neurosurgical robot capable of inserting six threads (192 electrodes) a minute”. The robot looks like a cross between a microscope and a sewing machine. The robot avoids blood vessels, which they believe will lessen any inflammatory response in the brain.

Musk is not alone in the chip revolution. This month, University of Bath physicist Alain Nogaret described how brain,” he told a the decoding of the behaviour of brain cells opened the door to breathtaking advancements in science.

Presenting research in the December edition of Nature Communications, Nogaret describes how once the decoding was done they were able to recreate them artificially in tiny computer chips.

“Our work is paradigm-changing because it provides a robust method to reproduce the electrical properties of real neurons in minute detail.”

The artificially created neurons, says Nogaret, could change the way we build medical devices because they are able to replicate healthy biological activity on a scale not possible before.

The ultimate goal, he says is to use the neurons to build medical devices that can better cater to patients’ needs, like a smarter pacemaker that can respond to new stressors and demands on a person’s heart.