Mpilo Ndlangamandla was hospitalised after he was badly beaten by bouncers, allegedly for using female toilets. Zodwa Wabantu came under fire after her public homophobic commentary on her show.

For some, it may be a simple toilet but, for others, the sacred space has broadened discussions about how toilets must be shared.

In private homes, toilets are shared without a care. But in public spaces, safety considerations have imposed genderbased restrictions which, in our changing society, are now being brought into question.

Put differently, should gay men be allowed to use women’s toilets or is it time to do away with heteronormative demarcated toilets for just males and females? The question becomes even more complex when one looks at the lesbian, gay, bisexual, transgender, intersex, asexual, queer/questioning and others (LGBTIAQ+) community in its broadest sense. 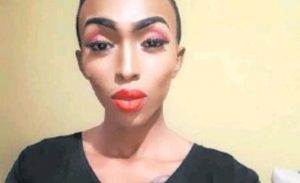 In South Africa, the LGBTIAQ+ community, which advocates for gender neutral restrooms, is generally required to conform to the heteronormative demarcation.

Should government-owned buildings and privately-owned properties used by the public be forced to reconsider and, if so, at whose cost?

Popular Meadowlands, Soweto, establishment KOL Cafe confirmed that genderneutral loos did not make financial or societal sense for their business and that the idea would never be in their future plans.

Marketing consultant Hloni Matlhare said: “The line would be blurred for our customers once we introduce those toilets, which is why we don’t think it would be the best option for us. It would perpetuate the heightened rape culture and we don’t think our society is ready for such facilities,”

Transgender activist and publicist Yaya Mavundla believes that there is a huge need of gender-neutral toilets, especially because it has been an after-thought for the LGBTIAQ+ community for years.

“I don’t want people to think that we want to be special but it’s because of the existing patriarchal structures.

“Heterosexual persons haven’t been in a situation where we are,” she says.

Mavundla highlights that there are LGBTIAQ+ people who are “uncomfortable” using the societal demarcated loos.

“How do you identify a gay man?” she asked.

There are girls [transgender] who feel unsafe with men and vice-versa. They just want to use the bathroom.”

Currently, there is no legislature specifically pertaining to use of toilets by LGBTIAQ+ people, however, LGBTIAQ+ folks are explicitly protected from discrimination as a fundamental human right.

Chairperson for the Joburg Pride Kay Ally says: “In spaces that are supportive of the LGBTIAQ+ community there are no limitations.

“However, from a mainstream public domain perspective there are no genderneutral facilities with the exception of Pride-like events that do not conform to demarcation of toilets based on biological form.”

Taking security in consideration, women in general have been abducted from toilets in retail spaces and the LGBTIAQ+ community are equally vulnerable to those dangers.

The LGBTIAQ+ community has a long road in educating society at large and there are establishments that are extremely rigid in their outlook to cater for facilities that are gender-specific.

An example of society’s rigid thoughts was when entertainer and socialite Zodwa Wabantu came under fire after her public homophobic commentary on her TV show last month.

Zodwa, who is known for not mincing her words, says: “Gays are silly because they are fighting with women.

“Name one gay who has never fought with a woman in the industry. Their problem is that they are convinced they have a vagina, while they have a penis.”

She adds: “We accommodate you guys because you wear make-up and when we [women] talk about men you always there echoing the stories.”

These caused a social media uproar.

For the University of Witwatersrand, the idea of genderneutral restrooms is not a strange concept and has been working well for more than two years now.

“The policing of access to toilets discriminates and those who do this policing have no place to do so.

“Feeling uncomfortable about sharing a toilet space with an LGBTIAQ+ person says a lot about your own homophobia/transphobia,” says Wits transformation and employment equity officer Tish Lumos.

Wits introduced genderneutral toilets in 2016, which was a great milestone for the institution. Lumos confirmed that there had been no reports of discrimination for using gender-neutral toilets.