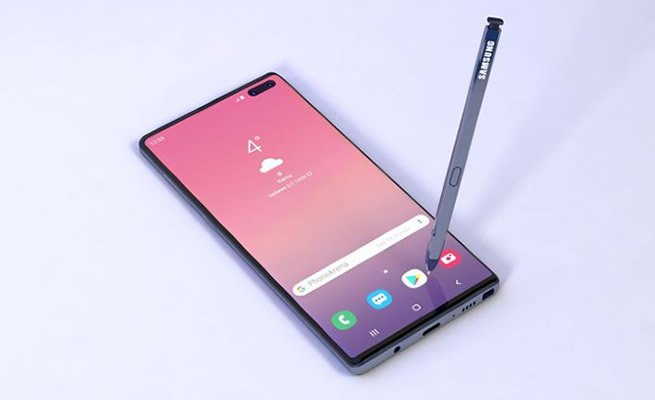 We're exactly a month away from the launch of the Samsung Galaxy Note 10 phones, and it's become increasingly obvious that the early leaks were right: the flagship duo will not feature a 3.5mm headphone jack. How that influences your potential purchase decision is entirely up to you.

Samsung is set to release the Galaxy Note 10 phones in exactly a month’s time. The company will release two Note devices, the regular Note 10 and a Note 10+. Both share plenty of features and specifications but the most infuriating of the lot is the joined absence of a 3.5mm headphone jack.

As far back as last year, rumors claimed that the Note 10 would be the first Samsung flagship to ditch the headphone jack. Some may have assumed those rumors to be false but move forward a year and the grim reality of the matter stares us in the face. All substantial leaks and images of the Note 10 phones so far have shown the devices without a jack, and it’s about time we all came to terms with it.

The Note 10 isn’t the first Samsung device to miss the 3.5mm headphone jack. The Galaxy A8s that was released back in December has that honor, and the company has since followed it up with other jack-less devices.

It’s unknown why exactly the South Korean giants have made this choice, since previous devices in the series like the Note 9 were perfectly fine with 3.5mm jacks. It’s not a case of trying to reduce thickness, either, or the S10 phones would have also ditched the port. Like with most other companies, we expect this may have been in a bid to sell more wireless alternatives.

The Note 10 will not have a headphone jack and, to some, that’s perfectly fine. To others like me, though, it’s something of an inconvenience.

I used Huawei’s excellent Mate 10 Pro for a few months and learned how to cope with the absence of a headphone jack. Going from that to an LG V40 has shown me the errors of my ways, though, and I don’t think I’d shell out money for a phone without a jack again. The Note 10 was meant to be my next device but that idea has been shelved.

Of course, it’d be great if the S11 phones saw a 3.5mm comeback, no matter how slim the chances of that happening are. Samsung removed the MicroSD port on the S6 but brought it back on the S7 after the S6’s poor reception. We can only hope for something similar with the Galaxy S11.

Until then, though, I’ll be right here listening to J. Cole’s newest album while charging my phone. Bet you couldn’t do that with a Note 10. Or maybe you could, but only with wireless buds…and we all know those suck.