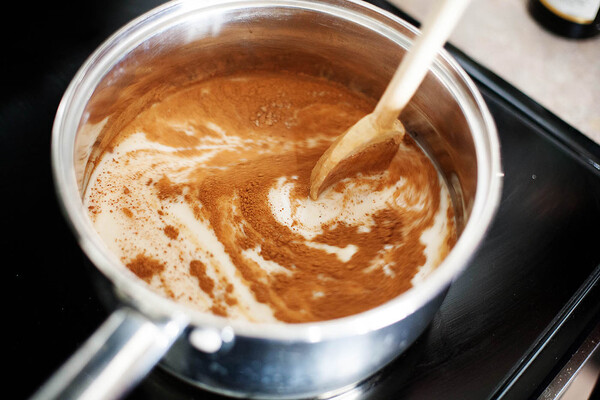 CINNAMON and milk is the new craze!

This comes after a man posted a picture on social media of a box of cinnamon, a carton of fresh milk and sweets, claiming some women wouldn’t understand this.

But in minutes, social media was abuzz as women came out to share their experience of the mixture.

Most claimed it does wonders for their punani by making it tighter and helps them last long in bed.

On Twitter, Moghele Mammie gave tips for the best results.

“Just pour half a teaspoon of cinnamon in a glass of warm milk and drink it an hour to 30 minutes before the poke. Your punani will be so tight your man won’t want to get off you.”

“Cinnamon and milk gets your p*** extra warm. But also you could eat it with yoghurt every second day. However, you don't put a whole teaspoon, just half of it with half a glass of warm milk will do. The way your n**a will be tight, your man won't even wanna get off you. The way you'll be hot and juicy down there, hmm” MoGhele said on Twitter.

The SA Medical Association’s Mzukisi Grootboom said: “The mixture hasn’t been medically tested. People shouldn’t do things that put their bodies at risk.”

According to The Indian Spot, cinnamon has antifungal, antibacterial and even antiviral properties – so the combination of cinnamon and milk can serve as a medicine for numerous diseases and also help you to relax and sleep better. But ask anyone who is conscious about their sex life and they’ll tell you this is one of the most famous libido boosters. Women claim it makes their vaginas tighter and they last longer in bed.