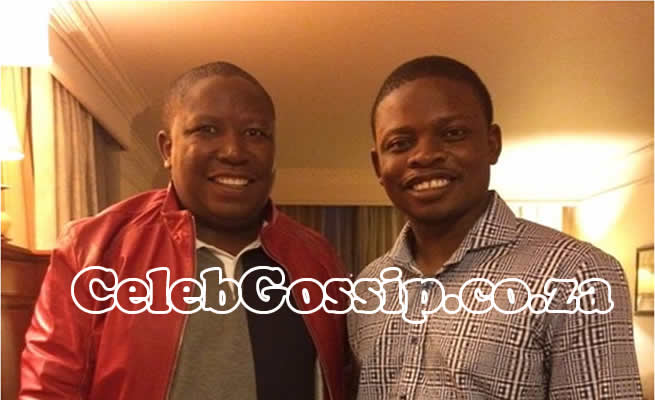 Julius Malema is deeply aware of the systemic fault lines that prevents growth and equality. He exploits these themes for political support and uses populist rhetoric to attract voters, writes Adriaan Basson.

There are many good reasons not to vote for the EFF in the May 8 election.

The party and its leaders are deeply embroiled in the VBS scandal; the EFF has a history of violent behaviour and intolerance against critics, particularly women; its leader has at least two criminal investigations pending against him and internal tensions are threatening to pull the EFF apart.

Still, the Economic Freedom Fighters or red berets of Julius Malema are the only of the three major parties that is assured to increase its 6.35% support or 25 seats in Parliament from the 2014 national election.

In the 2016 local government election, the EFF's national support already shot up to 8.19%.

The jury is out whether the EFF will achieve the magical 10% mark in this election, that will take the party's representation in Parliament up to 40 MPs.

With the ANC and the DA battling to reach their 2014 results of 62.25% and 22.23% respectively, the EFF has done something right over the past five years that will see the party grow. What did the party do and why will more people vote for it than in 2014?

Despite my criticism of Malema and his party's ways, I will be the first to admit that he is a masterful politician who often sets and owns the national agenda.

Malema understands the national psyche and is deeply aware of the systemic fault lines that prevents growth and equality. He exploits these themes for political support and uses populist rhetoric to attract voters.

Despite not having clear, workable policy alternatives and being implicated in the VBS and On-Point corruption scandals himself, Malema has successfully managed to keep the do-as-I-say Malema apart from the do-as-I-do EFF leader.

He owned the "pay back the money" narrative that ultimately led to the fall of Jacob Zuma and masterfully spearheaded the Constitutional Court case that stopped just short of impeaching Zuma.

Through his insistence that Zuma pays back the money the state spent on his Nkandla upgrades, Malema and the EFF established themselves as fighters of corruption. Many voters will thank him for this at the ballot box.

But there is a second, bigger reason I think the EFF will grow their popular support this year. Through the party's successful campaign to put land back on the national agenda, the EFF has positioned itself as the vanguard of black people's interests.

Look at the EFF's election posters. Malema is called "son of the soil" and its slogan is clear and simple: "Our land and jobs now." Unlike the ANC and DA, the EFF does not pretend to be a party for all South Africans.

The EFF is unashamedly pro-black and promises to return the land and create jobs for millions of unemployed black people, while it chastises white and Indian people.

Although the EFF's land policy is the blanket nationalisation of all land, which means no black person will own any land in his or her name, the party is seen as championing the agenda of poor, black people who many believe the ANC has forgotten.

The EFF has no clear plan to create jobs but will win thousands of votes by at least advocating the cause of the unemployed.

The EFF has three major challenges. The first is to ensure that young people who the party actively targets, specifically on social media, turn out to vote. Voter turnout under young South Africans are traditionally very poor.

The second is to grow its support in rural, poor areas of the country. The EFF did not manage to win one council in the 2016 local government elections and pulled most of its votes from urban areas and townships.

The third is to hope that prospective EFF voters will be able to put aside VBS, On-Point, the attacks on journalists and the party's increasingly violent behaviour when they go to cast their votes for "land and jobs" on May 8.